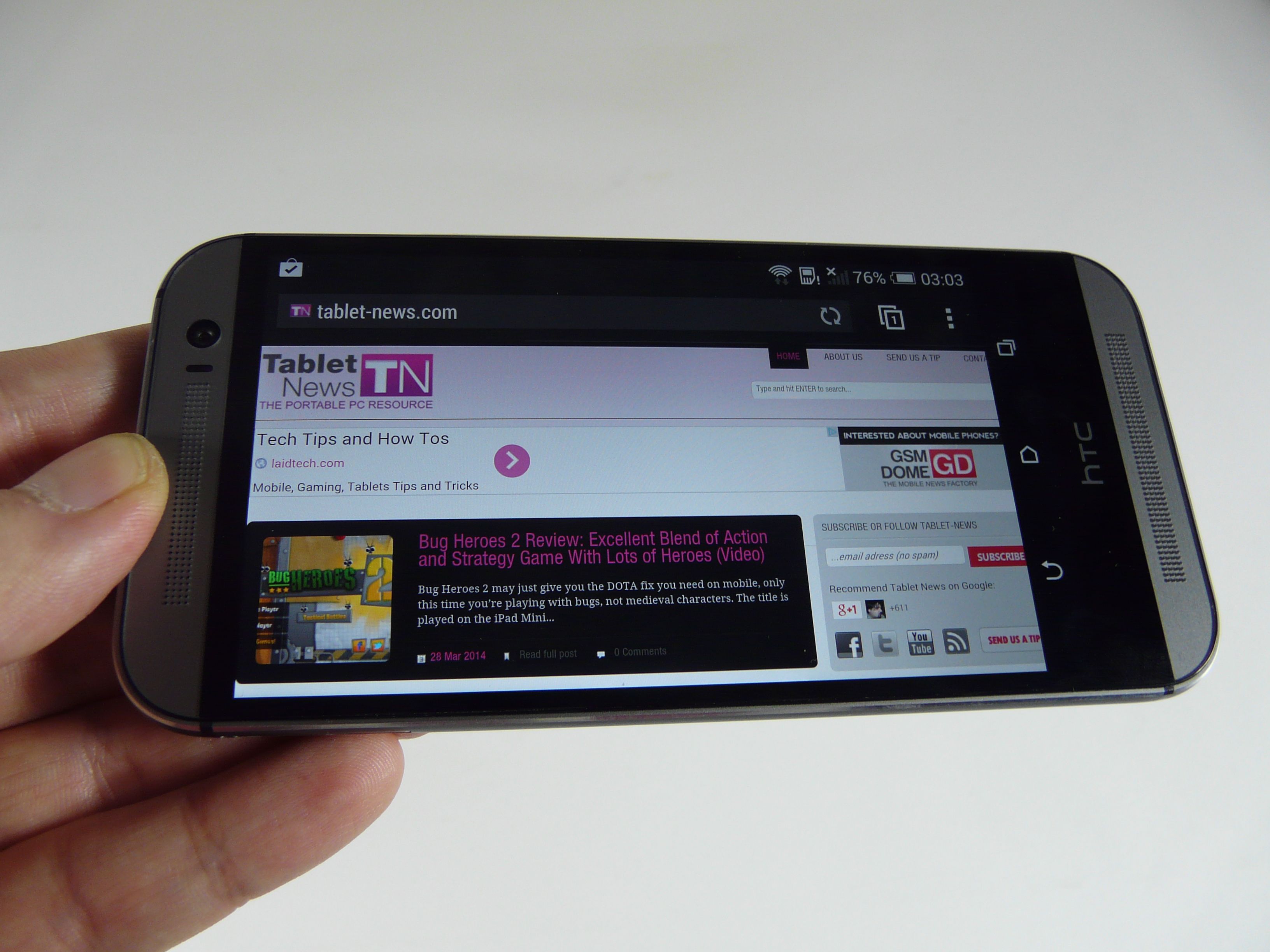 Usually tablet-news.com is all about tablets, but today we make what I would call a welcome exception in order to preview and unbox the HTC One M8 handset. This is not an official unboxing, since this is not the official box, but the accessories are the same. 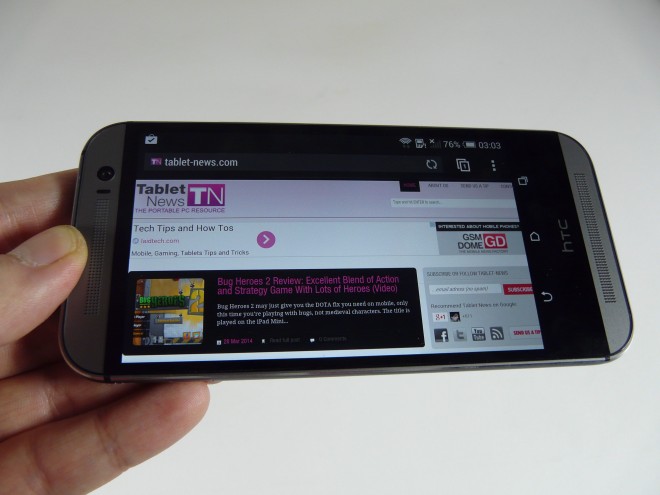 HTC recommends that this phone is sold at $649.99 off contract and this model debuted this week, on Tuesday, March 25th. We’re dealing with a 5 inch Full HD smartphone that comes with accessories such as a pair of earbuds, plugs for them, the typical HTC charger and an USB cable. We also show you a special flip cover for the device in the video, one that’s able to display the time and some info filtered through a special layer of material that makes it look like pixel art.

The HTC One M8 packs a dual camera at the back, with the main one being a 4 MP unit with Ultrapixel technology, while the second is used to create a depth of field effect. It can even generate 3D shots, apparently. Under the hood we find a quad core Snapdragon 801 processor, 2 GB of RAM and 16 or 32 GB of storage. The microSD card slot offers an extra 128 GB and on the opposite side of this slot there’s the nano SIM card slot. Both slots are opened up with a special HTC metal key, found inside the package.

HTC One M8 adopts virtual buttons instead of capacitive ones, unlike its predecessor and relies on HTC Sense 6.0, that offers some gestures accessible from the standby mode. You can do a variety of swipes to activate features on this device. Zoe has now been separated into a full fledged app and I should probably mention that this model comes with a 2600 mAh battery, a special extreme power saving mode and infrared.

More will be revealed in a few days!