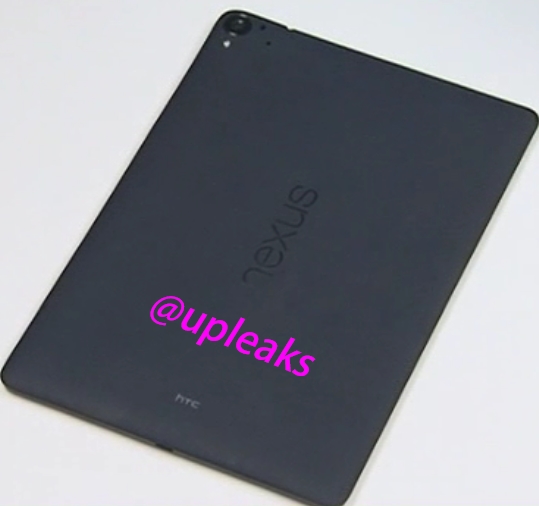 After a few hours ago we found out that the HTC Nexus 9 tablet was practically confirmed by a NVIDIA document, now, on the web arrives a first photo with the device in case that show up its back panel, location where we can see the HTC logo on the bottom of the tablet.

This image was published by the @upleaks Twitter account, a source that became a lot active lately, this one providing recently a lot of pictures with the upcoming HTC Desire Eye, device that could be launched on October 8. Getting back to the HTC Nexus 9 tablet, we can see that it comes with a matte case and with a big camera sensor on the back.

As we found out, HTC Nexus 9 will bring a 8.9 inch display with a 2560 x 1440 pixel resolution, a NVIDIA Tegra K1 64-bit processor, 3 GB of RAM memory and a 13-megapixel main camera on the back, detail that seems to be confirmed by the big size of the camera sensor. This tablet is expected to be launched on October 16.