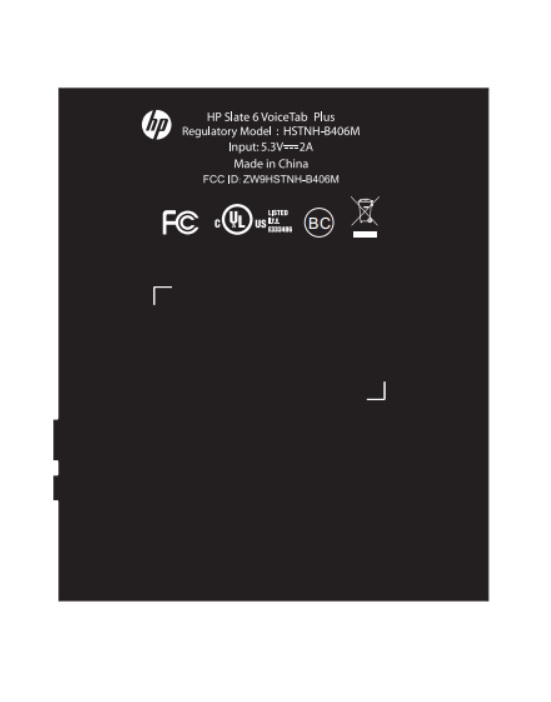 A new HP tablet has passed the FCC, with LTE on board and this time we’re dealing with the HP Slate 6 VoiceTab Plus. My first thought was that this one is yet another one of those models made by Huawei as OEM, but let’s see what this is.

So, this model passed through the regulatory hurdles on September 12th, featuring FDD-LTE compatibility and certification on GSM and W-CDMA networks. It also has WiFi and Bluetooth, with the former working only in the 2.4 GHz band and not supporting the 5.x GHz band. HP Slate 6 VoiceTab Plus is a slate that does voice calls.

The product is made in China and all we see here is a diagram of the device, published by the FCC. The original VoiceTab Slate 6 was released in January and came with a 6 inch HD screen, which is guess the new model keeps. It also had a 5 MP camera and a quad core Marvell CPU, that may have been upgraded.

Samsung Tablet (CHOPIN-LTE) With 4 GB of RAM Leaks via GeekBench...