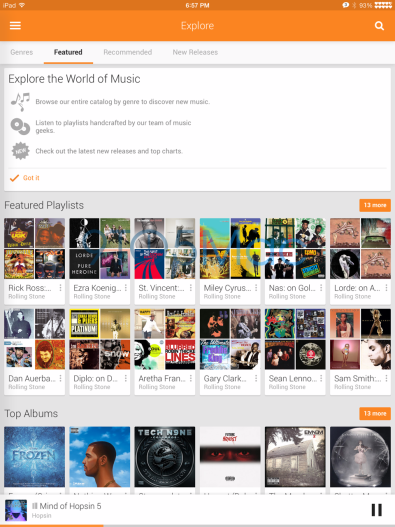 It would appear that the Google Play Music app is ready to make a descent on the iPad, after hitting the iPhone. Hints about that release have been hidden inside the iPhone version, apparently, but the UI has been redesigned for the Apple tablet.

This is a development build you’re seeing here and the functionality of the service seems similar to the iPhone’s. We’re not sure if the update will come as a universal build or if Google decides to offer separate versions in the App Store. Google Play Music for the iPhone was released in November last year, with a free 1 month trial of its All Access radio service for new users. 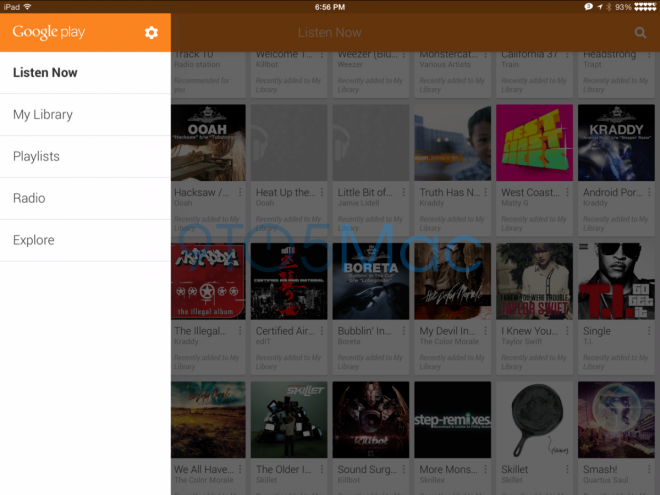 iPad users may get the same promotion, but that’s not guaranteed. The folks of 9to5Mac contacted Google for details, but apparently the guy they contacted was sure they had already released this app, so it may have submitted to Apple already and it’s pending release. In the end it could be that the current iPhone app will be available on iPad and that’s that. A demo also surfaced below: