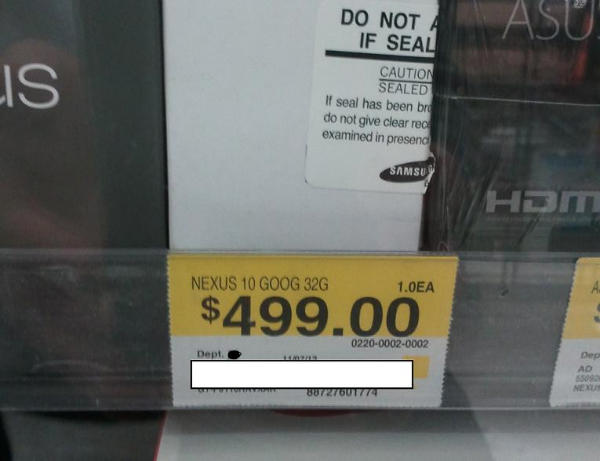 The Nexus 10 is the latest addition in the Nexus devices lineup. The 10.1-inch tablet was made by Samsung and it’s main highlight is it’s high resolution display at 300 ppi, the highest available on the tablet market today.  The tablet is scheduled to be available for purchase 4 days from now, on November 13th.

Ahead of the date when the Nexus 10 is scheduled to be sold on the Play Store, the device was spotted in a Walmart Store with the price tag that Google set for the new devices. The $499 WiFi version with 32 GB internal memory is the one that has been listed in the all to popular store. On November 13th the tablet will launch in two Wi-Fi versions, 16GB and 32GB, priced at $399 and $499.

One lucky costumer found the Nexus 10 resting on a shelf at Walmart and was able to take a photo of the device as it was listed in the store. Weather the device could have been purchased ahead of the official release date or not is something we’ll not know as the costumer did not attempt to purchase the device. One thing we can be sure of is that the tablet will be distributed at the price recommended by Google and not the manufacturer, as is the case with the Nexus 4, rumored to cost $599 off the Play Store. 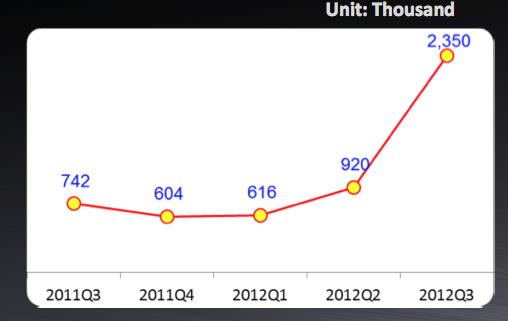 Google Nexus 7 Got Less Sales Than the Kindle Fire and...