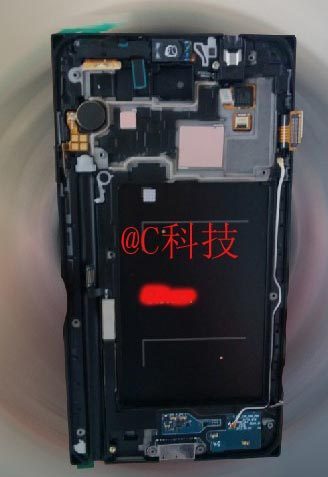 The Samsung Galaxy Note 3 is about a month and a few days away from its IFA 2013 showcase in Berlin and its leaks continue to pour in. Today’s leak involves two shots of a prototype, one of them revealing the internals of the phablet.

Last I heard, this was supposed to be a 5.7 inch device with a Full HD Super AMOLED display, 3 GB of RAM and a 13 megapixel camera. The device runs Android 4.2.2 and relies on a 2.3 GHz quad core Snapdragon 800 processor. It should also get an enhanced S Pen and fresh apps for it. This test unit’s components seem all crammed up inside the back area and frankly speaking, the camera is pretty hard to spot between all those mechanisms.

In the photo showing the front of the device, the Note 3 looks smaller than one would expect, so maybe we should expect a compact design here? Anyway, we’ll learn more at IFA 2013 and I imagine there will also be an Exynos 5 Octa version of the phablet, relying on the new flavour of Exynos recently launched. 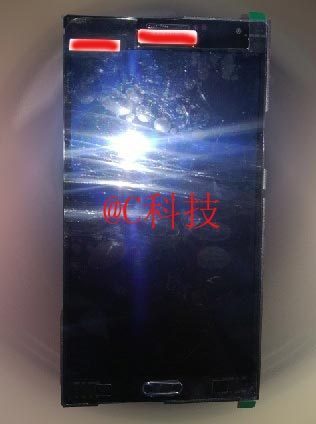