This is the year of the iPad Pro certainly, but next year we’re going to get the iPad Air 3 and one can only wonder what improvements that model will bring. Before that happens, we get to see a mega comparison between all the iPads in the video below, courtesy of EverythingApplePro. 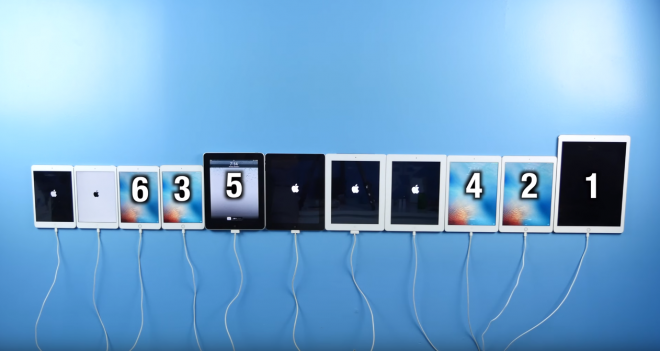 From the iPad 1 in 2010 to the iPad Pro, debuting a few weeks ago, every model is here. Only 3 of them have the older connector, while 8 slates have the Lightning port. 11 models are put to the test, including 4 Minis, 4 9.7 inch iPads, 2 Air models and the Pro. The speed test also included a boot test, with the first placed model being the iPad Pro, followed by the iPad Air 2 and iPad 3.

Then comes the iPad Mini 4 and surprisingly placed fifth is the iPad 1. The last model is the iPad 3, probably the least impressive slate of the lineup. GeekBench is also tested on all models, with a big jump in scores from the iPad Mini 1 to Mini 2 and then with more moderate jumps in the following versions up to iPad Mini 4.