Yet another Android tablet has surfaced, this time one made in Japan and intended for the Land of the Rising Sun. This is an Android 2.3.3 Gingerbread tablet called Eden Tab and pictured below. This model is rumored to get Android 4.0 Ice Cream Sandwich as soon as possible.

This device features a 7 inch WXGA display and it runs on a Samsung S5PC210 1.2GHz dual core processor, also featuring 1GB of RAM and 16GB of internal memory. I bet that the Eden Tab won’t make it to the USA or Europe too soon. The device retails for about $373 in the WiFi-only version, so it’s in the midrange price range. However, at almost double the price of the Amazon Kindle Fire, HTC Flyer and BlackBerry PlayBook and with the same diagonal, this model doesn’t look that appealing.

At least the device looks slim, but I doubt it can take down the 7.7mm mark that was conquered by a Toshiba slate and some other rivaling models. Any other mystery Japanese tablets we should know about? 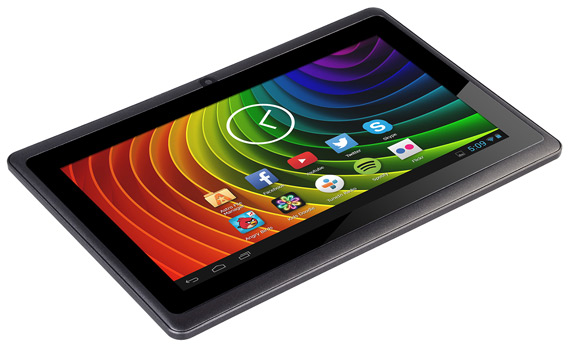 Crystal Audio Tab 72-2 is One of the Cheapest Tablets in...