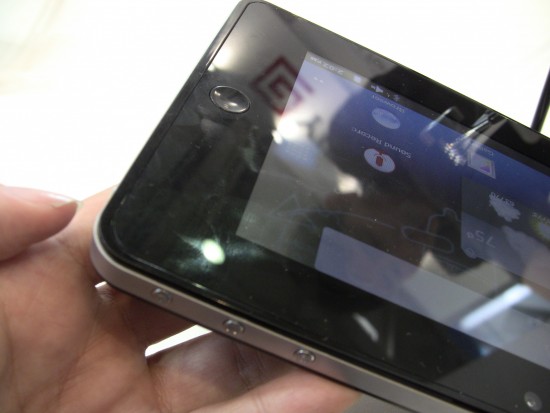 Once again from CeBit 2012 we spotted a bigger iPhone 4S thingie, actually a 7 inch Android 2.3 device, that copies the iPhone 4 design quite a bit. The guys/gals of netbooknews came across this product on the CeBit 2012 floor, at the Pierre Cardin booth. This was placed in the China hall, so it’s an Asian device.

This device is called the PC315 and it comes with a Samsung S5PV210 Cortex A8 1GHz processor, 512MB of RAM, 4GB of flash memory and a 7 inch 800 x 480 pixel display. There’s also 2 mini USB, a mini HDMI port, an accelerometer, built in 3G, WiFi, GPS and a 4,200 mAh battery. The price for this iPhone lookalike is around $100 to $140, nothing is certain yet, since the company behind this device is actually looking for a reseller. The slate is very glossy, as shown in the hands on video below and it’s pretty thick.

It seems to have a lot or ports and there’s even a pair of mini USB ones, if I’m not mistaking. Even the back side is iPhone-esque, both in shape and look. The buttons on the side are very much like those on the iPhone 4, that by the way were copied by the PlayStation Vita. Would you pay $100 for this unit? 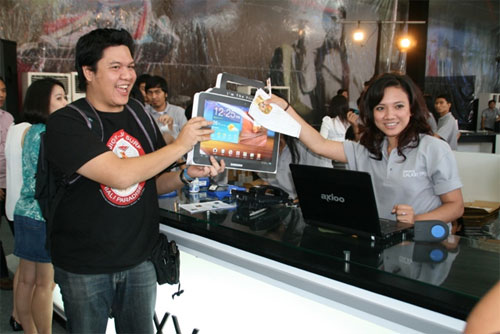