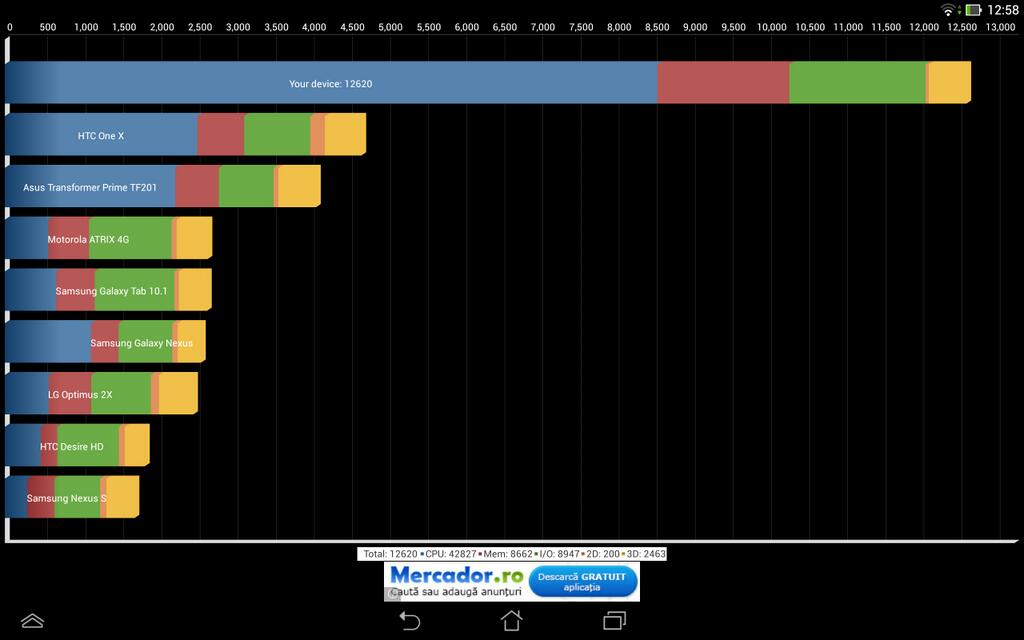 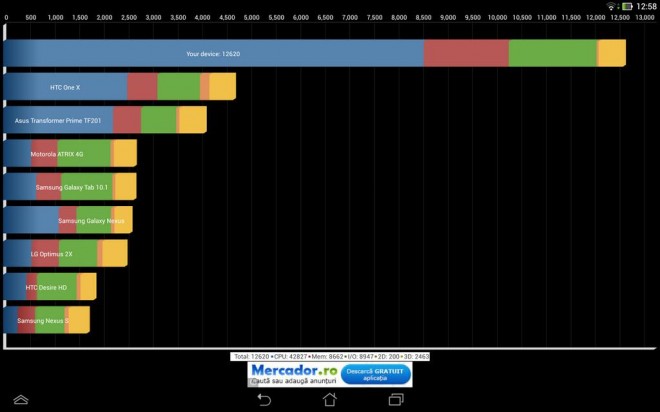 In Quadrant we scored 12.620 points with this device, which may seem impressive, till you find out that the Samsung Galaxy Note 10.1 2014 scores about 19k points in the same test. Then, we moved further to AnTuTu, where we scored 26.893 points, pretty close to the scores of the Galaxy S4 and HTC One and more than double the scores of basically all Tegra 3 slates.

Once again for comparison sake, the Galaxy Note 10.1 2014 scores 32k points and beats the ASUS unit. Then we move to NenaMark 2, where we scored 56.6 FPS, that may not seem impressive, till you realize it’s the huge 2560 x 1600 pixel resolution that’s pulling the score down. Then comes Vellamo with a very impressive 3118 points in HTML 5 testing and 1238 points in Metal. 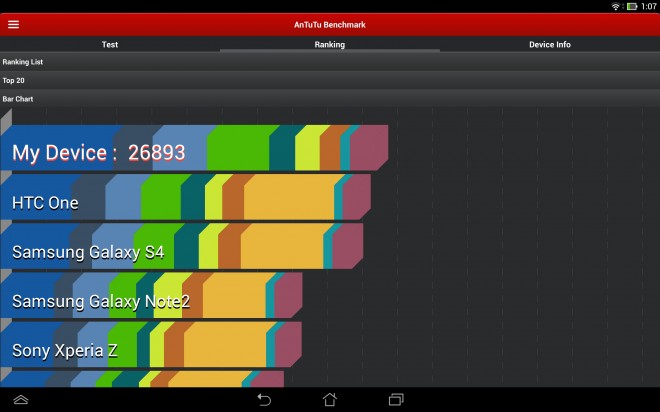 This time we were actually very close to the Galaxy Note 10.1 2014, that scored 1258 points in Metal. Finally, there’s 3DMark and we maxed out the first benchmark score, while in the Extreme test we scored 8666 points and 11115 in the Ultimate test. Considering the 64 bit iPhone 5s scores 13k points, I have to say I’m more than pleased by this score. 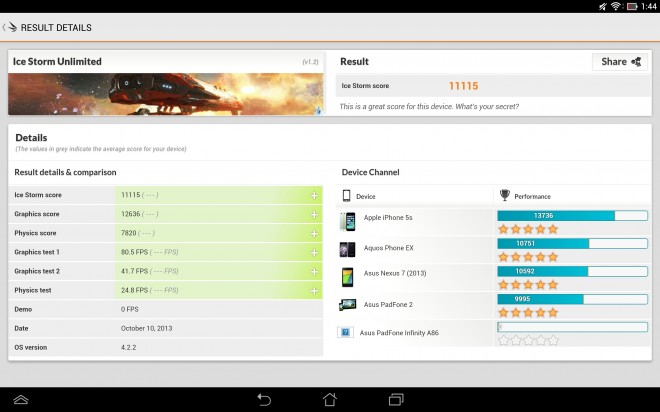 Finally, in BrowserMark 2.0 tested on Chrome we reached 2963 points and considering the bulk of Android devices I’ve tested only reaches 2400 points, it’s yet again a good score. We’ll be back with more details on this interesting device, that’s said to be priced at around $400 without dock and $500 with it.

Here’s a rundown of the benchmark scores: