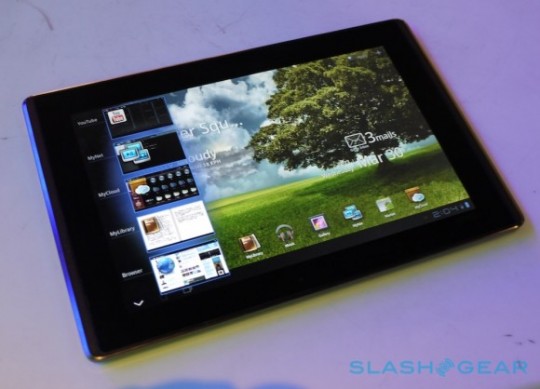 After seeing the Samsung Galaxy S II overclocked to 1.5GHz, it’s time for the ASUS Eee Pad Transformer slate to follow it, reaching 1.4GHz. Also, we must mention that the Motorola Xoom was also overclocked last week, reaching 1.5GHz, so it’s a pretty common thing to do, these days.

XDA Developers user netarchy is the author of this enhancement, that’s not yet 100% stable, although initial reports are pretty good. Just like it happens in these cases, battery life can drop and instability can occur, so early adopters should be careful. Among the issues reported we must mention poor performance with the left speaker.

One user reported that after the overclocking, his unit reached a score of 4900 in Quadrant, but this has yet to be confirmed. Before you try such things, remember about the instability of the system after you tweak it.