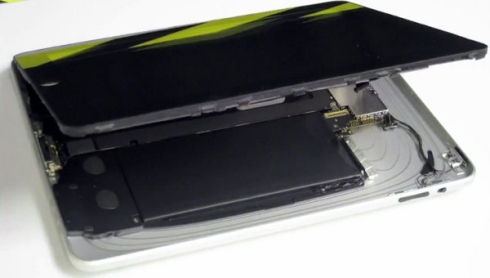 The Apple iPad is getting much love these days, either by being blended by Blendtec’s powerful products, or by being taken apart by iFixit and now by the folks of TechRestore. They’ve managed to disassemble the tablet and put it back together in less than 4 minutes, a pretty hard task to pull off. The video below shows the process, almost lacking human touch, but packed with cool sound effects.

This stop-motion video shows the big battery inside the device, plus its components, that look hot, but not as hot as those on the iPhone 4G prototype, recently stripped down by the folks of Gizmodo.