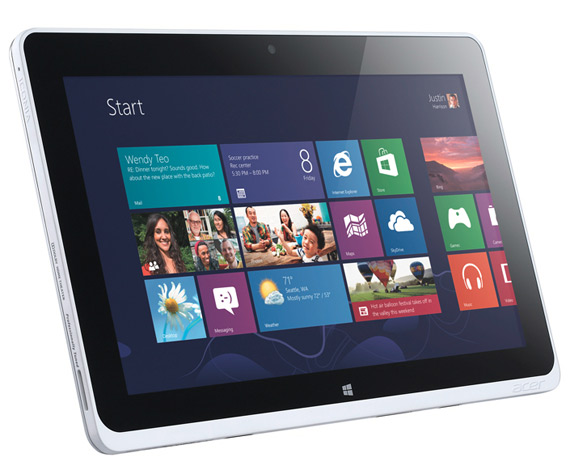 The folks of techblog.gr found out some interesting information about a new Acer tablet codenamed Bulgari. This product is supposed to run Windows 8 and rely on an Intel Core i3 Haswell processor, that will be launched by Intel next month.

The Acer Bulgari packs a 11.6 inch LCD IPS display, with a resolution of 2560 x 1440 pixels, 4 GB of RAM, 64 GB of storage, a card slot and an 8 megapixel camera. The device shown above is the Acer W510 with Windows RT, just to give you an idea what to expect when the product comes out.

We haven’t seen so many Windows 8 tablets being revealed lately, perhaps because BUILD 2013 is coming and with it Windows Blue will debut officially. We might also see some interesting new formats popping up and Acer was the one to introduce an 8 inch W3 slate over the past weeks. This may be the start of a new segment of 7 and 8 inch Win 8 slates, that will become a trend before the year is out.