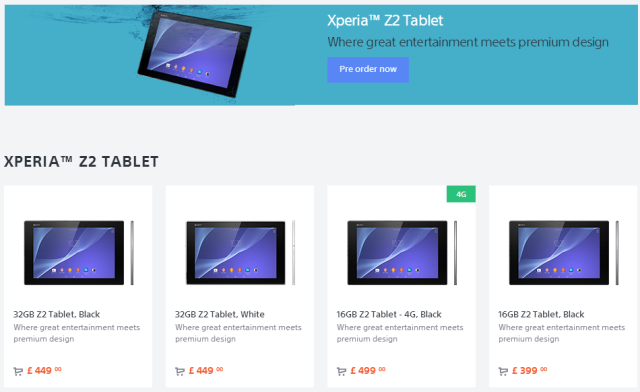 Yesterday Sony had a big event at MWC 2014, where they unveiled the Sony Xperia Z2 handset and the Xperia Z2 Tablet. Now the latter gets some price options. Turns out that the device will be priced at 499 euros in Europe in the 16 GB WiFi version. 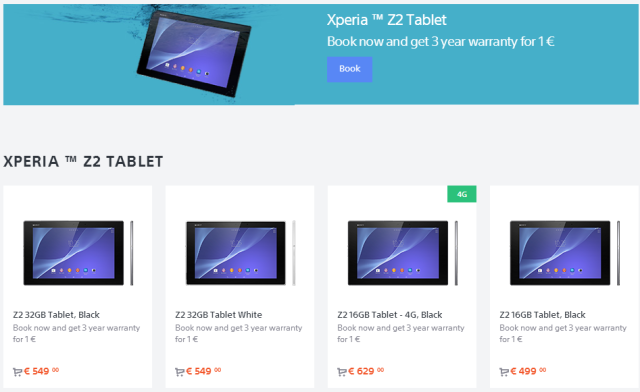 The price goes to 549 euros for the 32 GB unit and the 4G LTE unit is priced at 629 euros across most regions. The make the deal better, Sony is also offering a 3 year warranty for just one extra euro, or the equivalent currency. This applies to all European regions except for Ireland, Norway and UK.

This device is a 10.1 inch Full HD slate, with a waterproof body, a quad core Snapdragon 801 processor and 3 GB of RAM. It has an Exmor R 2.2 MP front camera and a back 8 MP shooter with all the cool features of the Xperia Z1 camera in its UI. We also get the classical Omnibalance design and a very thin case. 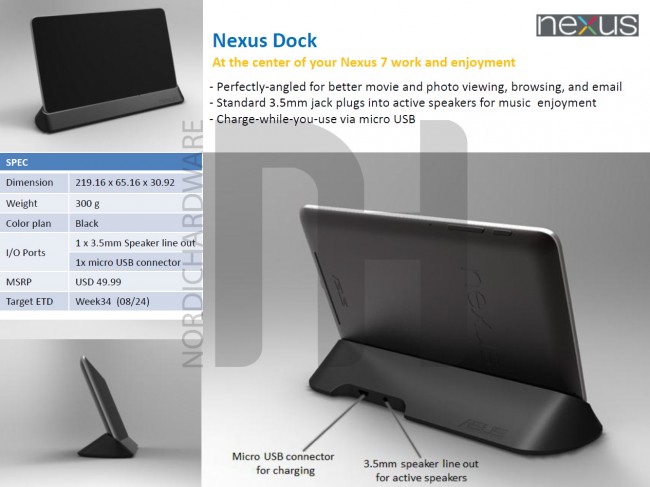