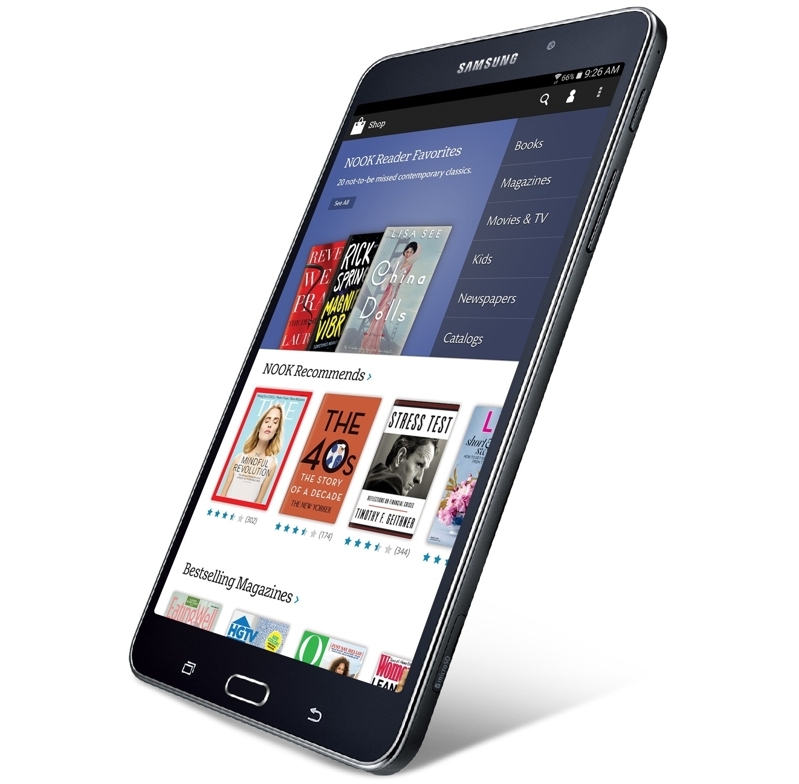 Earlier this summer we got wind of a partnership between Samsung and Barnes & Noble, that would spawn Nook cobranded tablets this year. Now such a model is coming this month, unveiled during an August 20 event, it appears. The two companies haven’t unveiled a device in common just yet, so this may be their first. 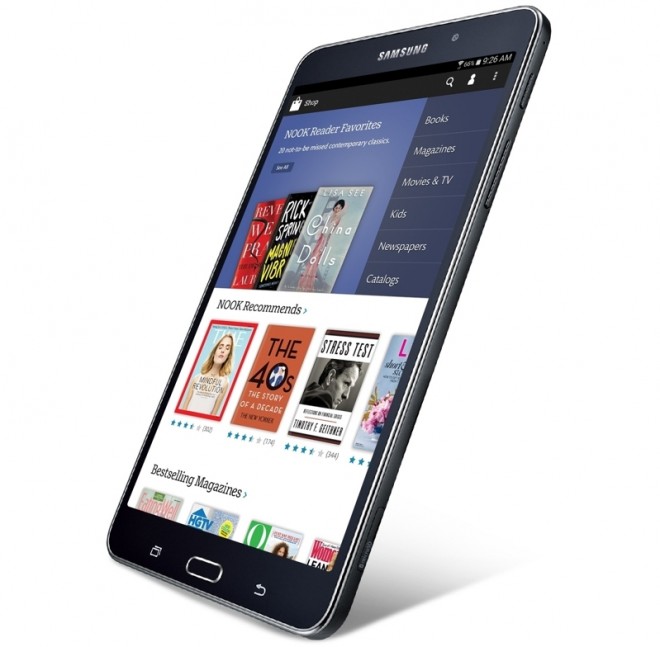 They have started inviting the press to an August 20 event in New York, at the Barnes & Noble store in Union Square. Samsung is said to showcase the Galaxy Tab 4 Nook, the model pictured above during the conference and it may be based on the already existing Galaxy Tab 4 7.0. This means we’ll get an entry level and affordable product, filled to the brim with custom Nook software and special offers.

I expect books, magazines and newspapers to all be offered from the start, maybe with a dedicated homescreen in the mix. Barnes & Noble stopped making its own slates last year, but its partnership with Samsung allows it to keep operating in this field. We could see more than one Nook Samsung device, keep that in mind. Will the Nook cooperation also bring B&N content to other Galaxy devices? 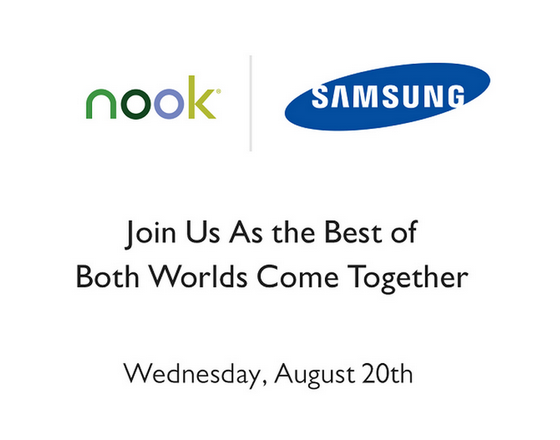