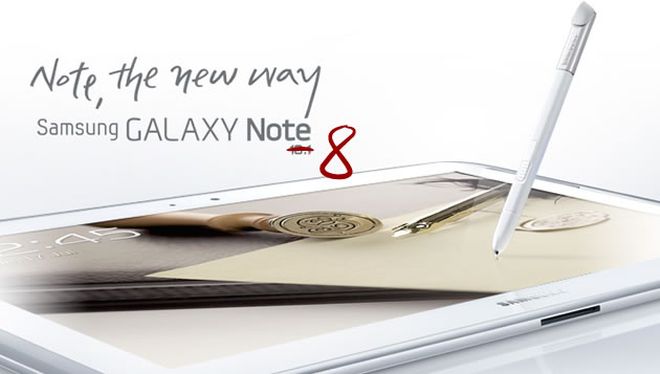 Looks like the most recent rumors talking about Samsung’s plans to expand the Galaxy Note line-up were accurate, as it happens from time to time. The manufacturer is going to announce the new 8-inch Note product during MWC next month in Barcelona.

Barely has the Galaxy Note 8.0 been spotted in what looks like a first image showing the device and already we have a confirmation about its announcement. Techno Buffalo has managed to obtain a report containing info about Samsung’s planed releases for the first half of 2013. Included among the devices to be announced are  the Galaxy Pocket Plus, the Galaxy Young and the Galaxy X Cover 2.

The new Galaxy Note 8.0 will be powered by a quad-core Exynos 4 chip, clocked at 1.6 Ghz and with 2 GB of RAM. Like all Note devices before it, the device will set the bar high in terms of performance and features. There will be variants with 16 or 32 Gb of internal storage, including a micro SD card for expansion. The device will be running the latest version of Android – 4.2.