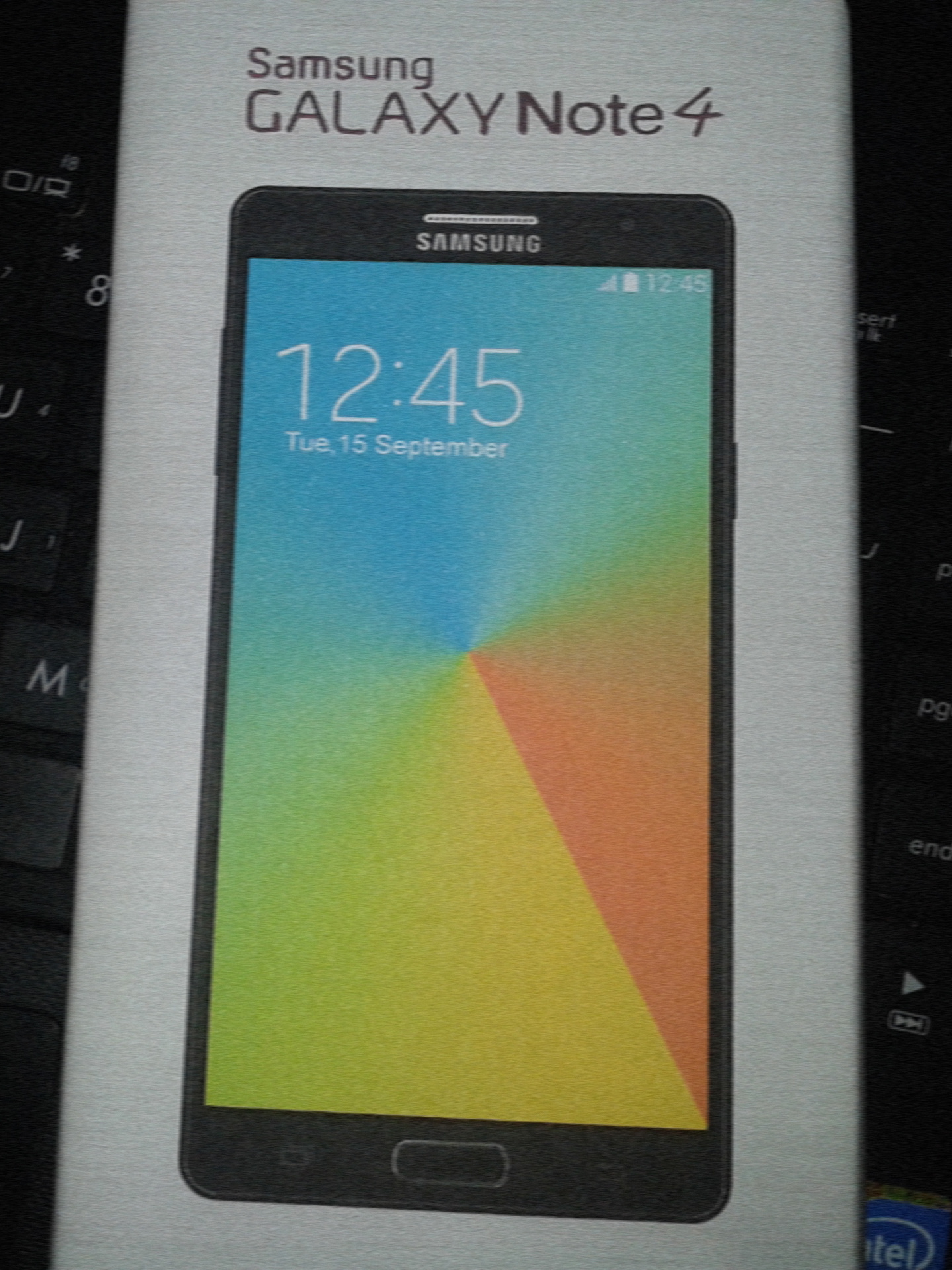 After a couple of moments we saw some hands-on pictures with the Galaxy Note 4 phablet, now we see how its retail box will look like too. As you can notice in the picture below, the box shows up the phone along with the lock screen that confirms again that it will arrive in stores on September 15, a date previously rumored. 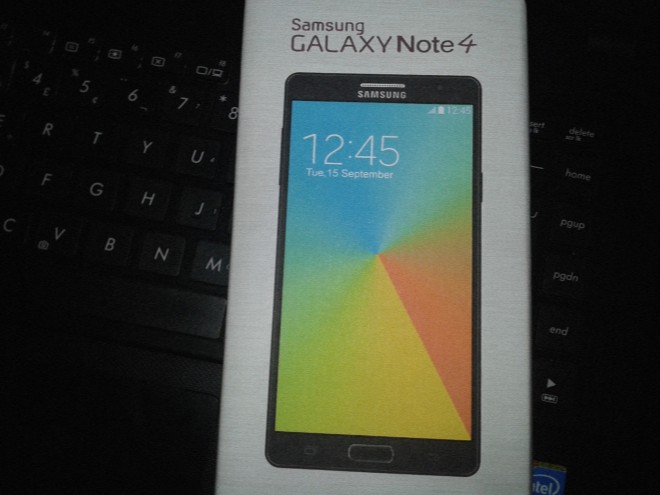 Unlike the previous boxes of the Galaxy smartphones launched until now, this one seems to have a brushed aluminium look, a thing that makes reference to the metallic frame that will be found on the Galaxy Note 4. Among the specs of this powerful phablet we could have a 5.7-inch Quad HD display and an octa-core Exynos processor.

The possibility that the phone to pack a Snapdragon 805 chip is also in the books. As you know, this phablet will be official released on September 3 during the Samsung Unpacked 2 conference that will take place in Berlin where the IFA 2014 expo is taking place.