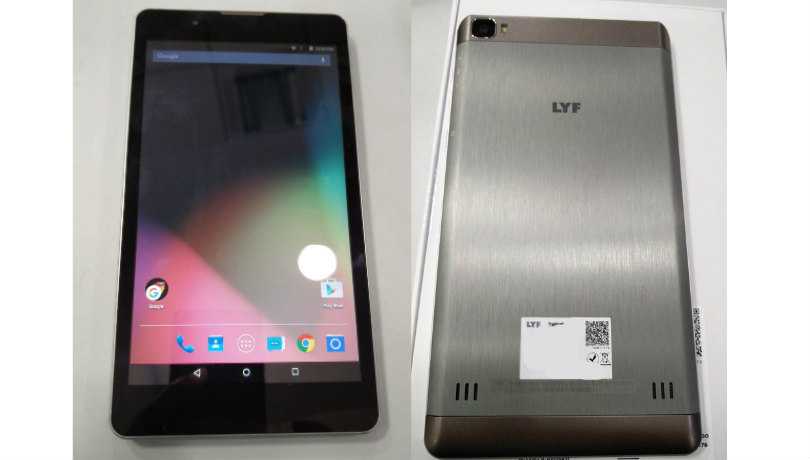 Among the many mobile operators found worldwide, we also have Reliance Jio, company that plans to launch its much-awaited 4G services on December 27th for its employees, followed by a commercial rollout by April 2016. In the same this, Reliance Jio is expected to announce four series of 4G VoLTE-capable smartphones under a dedicated own brand called LYF. 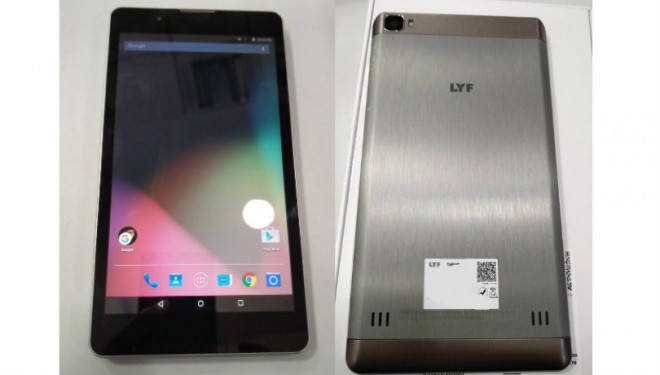 Reliance Jio will also unveil a couple of tablet devices, like the FXFL 7008 slate that shows up in live pictures just today. We see a metallic frame and also a metallic back with a brushed aluminum texture. There’s an LED flash, and a speaker grille at the bottom.

Apparently, this tablet arrives with a 7-inch display (1024 x 600 pixels), with a quad-core Qualcomm Snapdragon 210 processor (MSM8909), and with just 1 GB of RAM. Other specs include 16 GB space of internal storage, an Adreno 304 GPU and Android 5.1.1 Lollipop. This upcoming tablet might be the most affordable one from Reliance Jio’s 4G portfolio.