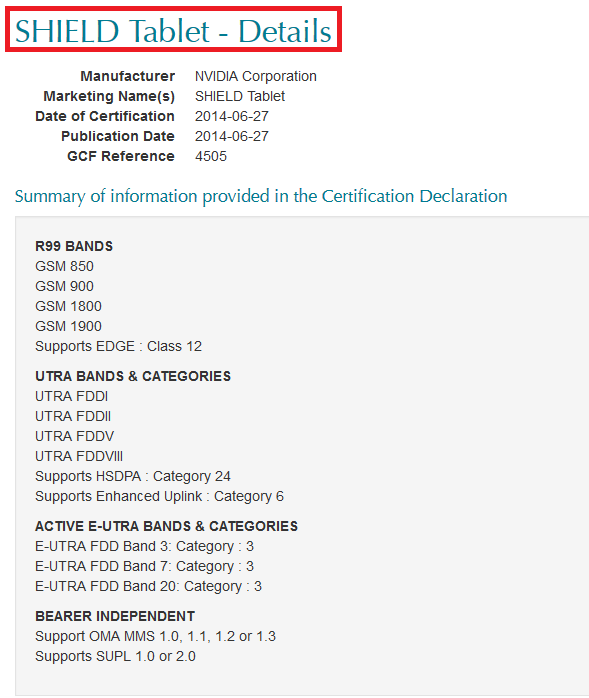 After a lot of leaks in the last months, now the Nvidia Shield tablet gets certification form the Global Certification Forum (GCF), a thing that confirms the existence of this tablet. The model tested in June at GCF is offering LTE connectivity, but unfortunately there’s no other info about WiFi or 3G models too.

This Nvidia Shield Tablet will pack a 7.9 inch display with a 2.048 x 1.536 pixels and a Nvidia Tegra K1 processor. Another thing unkown at this moment is the design that we’ll see on this device, we expect either at a classic tablet design, either at something really different. 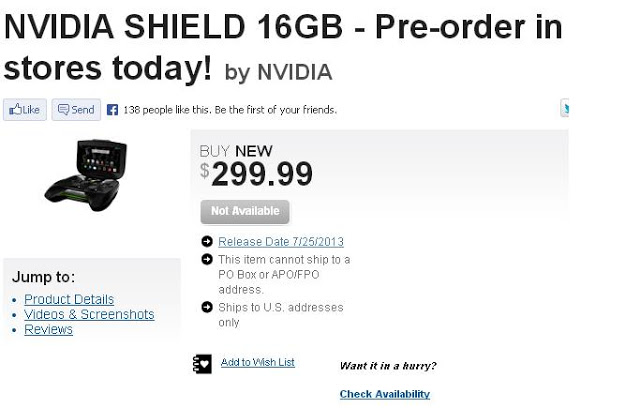 Nvidia Shield Console Now Up for Preorder for $299