Indian consumers can finally purchase the Nexus 7 tablet directly from the Google Play Store. The Indian Play Store recently added books among its products, with magazines and movies still not available. It now appears that Nexus devices have been added to the list as well.

The Nexus 7 has dropped off the radar for a while now, since more tablets with low prices and good specs have appeared in the meantime. However, this tablet was seen as the best slate of 2012 in the top 10 we did at the end of last year. It’s still a decent buy, with its 7 inch IPS display with 1280 x 800 pixel resolution, 1.2 GHz quad core Tegra 3 CPU and 1 GB of RAM. There’s also 16 GB of storage in the version sold in India, no microSD card slot, as usual and a 1.2 MP front camera.

Inside we’ve got a 4,325 mAh battery and Android 4.1 Jelly Bean as the OS of choice, with the ability of upgrades to Android 4.2. Only the 16 GB WiFi version of the 7 inch tablet is available in the Google Play Store, but hopefully the 32 GB 3G version isn’t forgotten and will come soon. The product costs $300 in India and ships by April 5th. 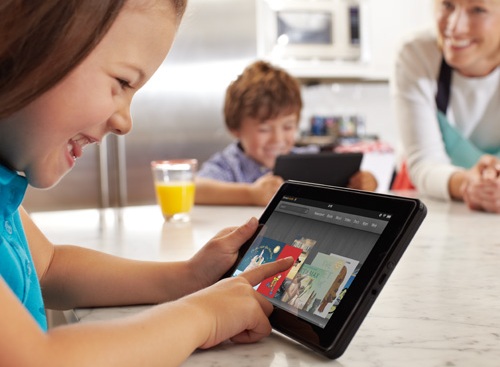 Kindle Fire is Used By Women More Than Men, iPad Gets...