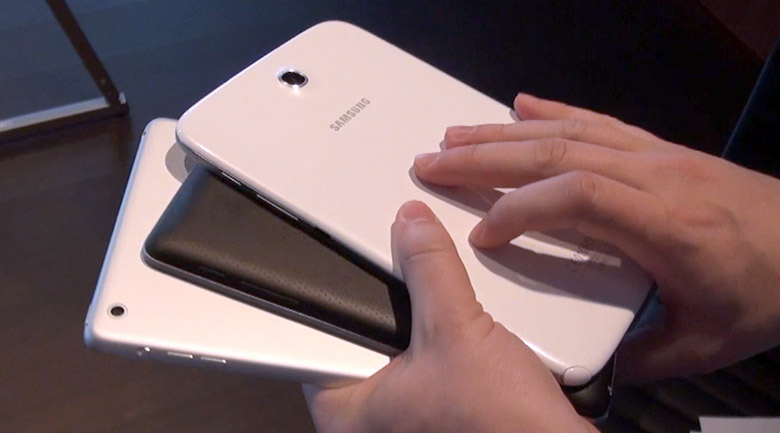 So, the Samsung Galaxy Note 8.0 is official, right? Time for a quick comparison of the 8 inch slate with the other bigshots in the field, such as the Nexus 7 and the iPad Mini. The Kindle Fire would have also been welcome, but it didn’t make the cut. Let’s see what Pocketnow had to say about the competing devices. 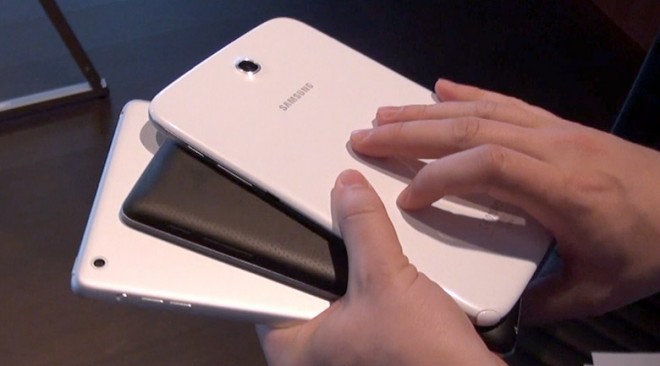 First thing you notice is that while the Nexus 7 and iPad Mini have straight edges, the Galaxy Note 8.0 has rounded sides, just like the Nexus 10. Also, the iPad Mini adopts metal for the back case and the Nexus 7 a rubberized texture. As for the Note 8.0 it uses the famous Hyperglaze on top of their plastic material. The Note 8.0 also stands out through the bulging camera at the back, a 5 MP sensor that will be interesting to compare with the similar iPad Mini camera.

The Note 8.0 is the only one with a microSD card slot for extra storage and if we’re picking on resolutions, the new Note has the same resolution as the Nexus 7: 1280 x 800 pixels. Another similarity is the adoption of an IPS panel for both the iPad Mini and Note 8.0, so great viewing angles are avaialble, as shown. The Nexus 7 is a bit inferior in this field, but the idea is that none of the tablets can really show a difference in pixel density.

Finally, the devices are powered by a quad core Tegra 3 on the Nexus 7, dual core Apple A5 CPU on iPad Mini and the Exynos quad 1.6 GHz unit on the Note 8.0, so it’s no doubt which one is more powerful. 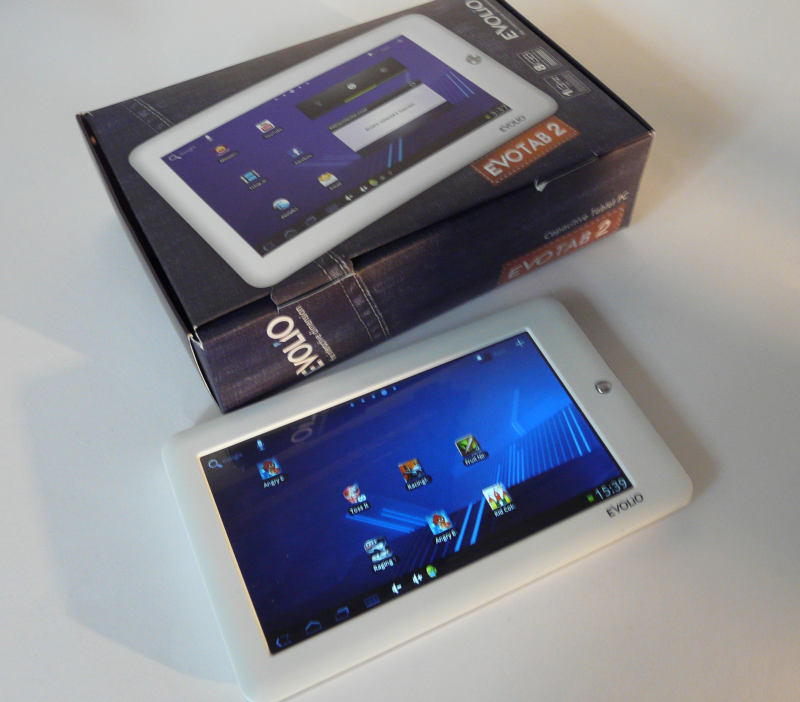