The HTC T1H is an 8.9 inch tablet, one that has been rumored for a while now, although we had our doubts that HTC would make another tablet, after the Nexus 9 wasn’t exactly a hit. Anyway, this newcomer has just leaked today, with full details below. 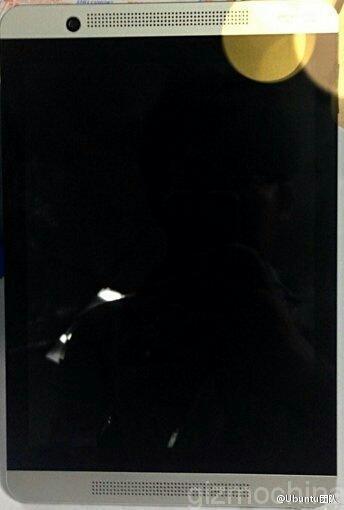 Just as the HTC One E9, E9 Plus and M9 Plus are expected to come in Beijing, rumors claim that during the same launch a slate could appear. HTC T1H is that unit, packing an octa core Allwinner processor inside and also offering 16 or 32 GB of storage and 2 GB of RAM. This tablet has a 7.88 mm waistline and it brings an 8 megapixel back camera, front 1.6 MP shooter, BoomSound speakers and a 6700 mAh battery.

The OS is Android 5.0 with HTC Sense 7.0 for tablets on top and there will also be a LTE unit later on. By the way, the 8.9 inch screen will offer a 2048 x 1530 pixel resolution and HTC T1H could see the light of day in May, courtesy of a China Mobile partnership. 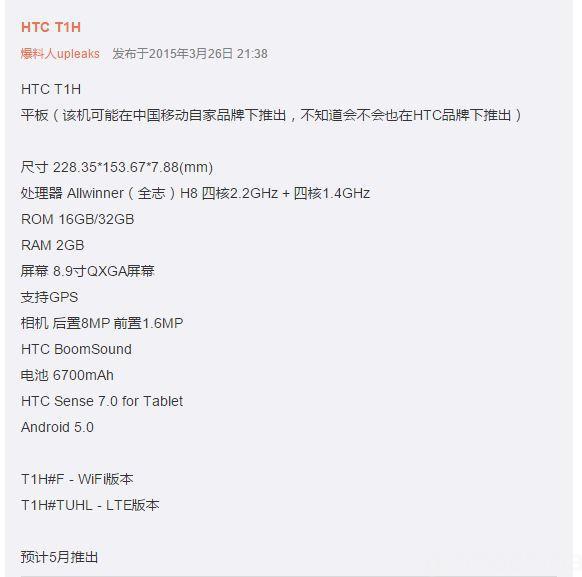 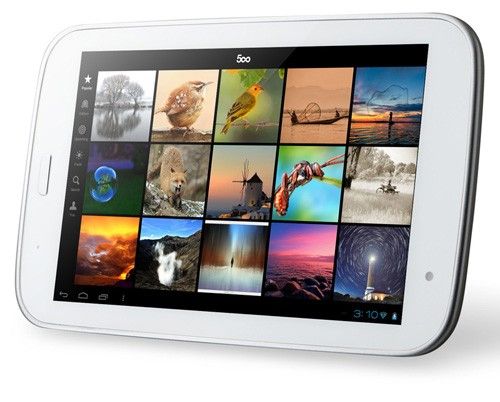