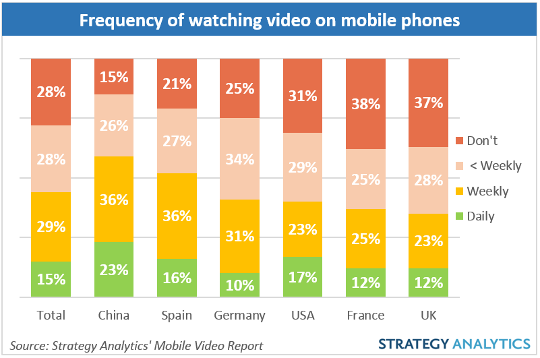 A recent Strategy Analytics study has shown that among the factors pushing mobile video consumption bigger screens are a decisive aspect. 4G connectivity is also important, as well as the increase of quality for videos being offered.

42% of users questioned in UK, France, China, Germany, and Spain have said that larger screens would make them watch more video on their mobile devices. 72% of consumers watch video on their phone right now, but only 44% do that at least once a week. 15% will watch clips on a daily basis and the Chinese seem to be the most avid consumers, with 59% watching video every week.

8% of mobile owners who don’t watch videos on the go show a desire to do so in the future. 40% of the mobile video watchers report watching less than 30 minutes a week, while 22% consume between 30 and 60 minutes. Meanwhile, 21% watch between 1 and 3 hours. Browsers are twice as popular as apps in video watching, so this means that apps have yet to evolve when it comes to offering us a decent video experience.

What do you make of these findings? I’d say that although bigger is better, people are migrating to smaller tablets, so this contradicts the study. 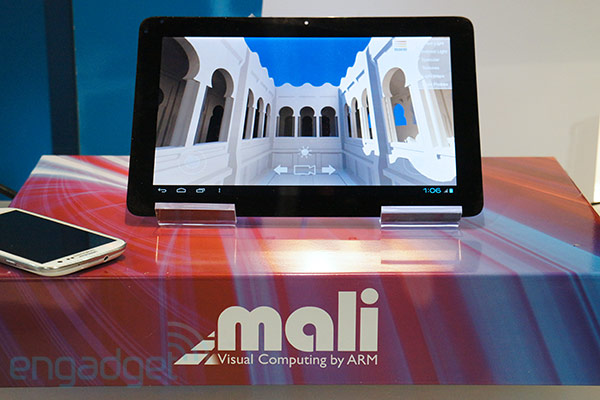