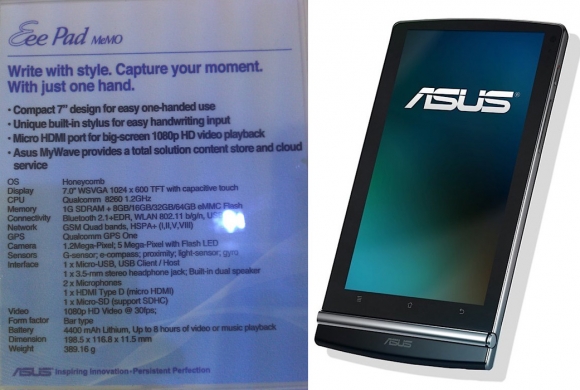 CeBIT 2011 debuts this week in Hanover and we’re about to see some very interesting devices popping up. Among them you’ll find the ASUS Eee Pad MeMO, a 7 inch Honeycomb slate, that was launched at CES 2011 in January. The full specs list of the product is now available and this seems like a pretty powerful toy.

Here’s the specs list for the Eee Pad MeMO and be sure to check out the hands on video at the end of the article.

ASUS also showed a Bluetooth handset accessory together with the tablet, so you’ll be able to talk all you want without having to hold the slate to your head. The demo unit of the MeMO only runs Android 2.2 Froyo sadly, but you should expect the final product with Honeycomb on board.

ASUS Germany is claiming that the MeMO will be priced at 499 EUR for the 8-16GB model, or 699 euro for the 32-64GB unit, with the Bluetooth handset included. This is certainly an appealing alternative to the HTC Flyer. 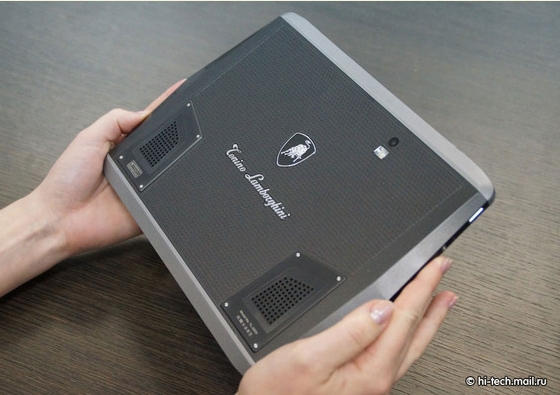