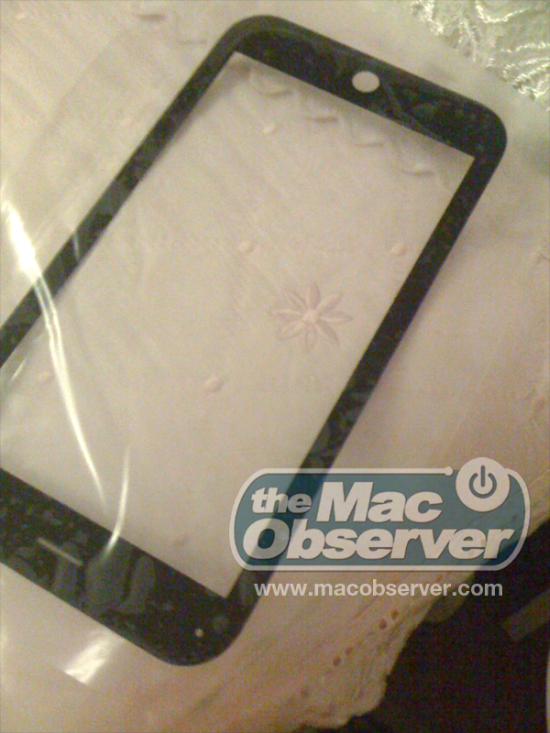 Today’s hot news was all about the leaked image showing the Apple Tablet’s 10 inch display and the pic seems to have a follow-up, that you can check out below. The mystery source leaking the images claims that this is the glass to be used for Apple’s iPad/iSlate device, supposedly launched next week.

The shape of the glass reminds us of an iPhone and we rule out the possibility of an oversized iPhone screen picture, because the piece is shown on top of a MacBook Pro’s keyboard. Take this yet again with a grain of salt, because it could still be a fake. We remind you that Apple is holding a media event on January 27th, in San Francisco, probably to showcase iPhone OS 4.0 and maybe its tablet.