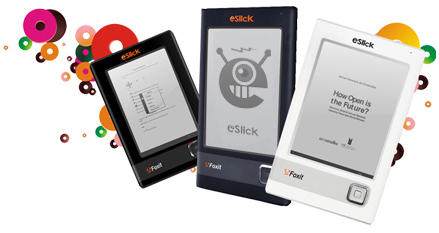 Foxit has recently axed the development of its eSlick e-reader, apparently because its wireless rivals were too cheap. The company now focuses on “platform independent PDF technology”, that it’ll license to third parties. The eSlick was unveiled back in December 2008 and had the great drawback of not supporting any wireless connectivity, while costing $199.

Based on Netronix hardware that had been rebranded, the device was very much like the Kobo e-reader, using the same hardware, but selling it for $50 less. Kindle and Nook were also better options than this device, so it had to be canned, in the end.