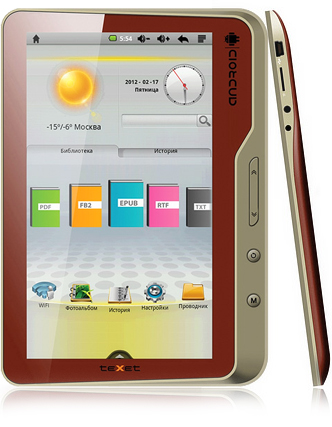 Mysterious company Electronic Systems Alkotel released a brand new e-book reader called the teXet TB-711A. This may be a singular release in Eastern Europe, so don’t start looking for the product in your region until you get word of it. We’re dealing here with a cheap slate that runs Android 2.2 with a custom UI.

It’s got a carousel UI actually with frequently used features and settings available on the main screen. There’s also a Library area and a History area, plus a weather widget and a search box. It looks very much like the basic idea of all e-readers out there and may look like a dumbed down Nook Tablet or Kindle Fire interface, if you want a comparison. The teXet device comes with a case made of soft touch matte plastic and on the connectivity side you’ll find the miniUSB port, microSD card slot, AC adapter port and audio jack.

The CPU inside is a Rockchip RK2818 unit with a frequency of 600 MHz and other specs include 256 MB of RAM, 4GB of storage, WiFi, accelerometer, voice recorder and a 3000 mAh battery. The product measures 10.5mm in thickness and weighs 290 grams. Its local price in Russia is around $136. 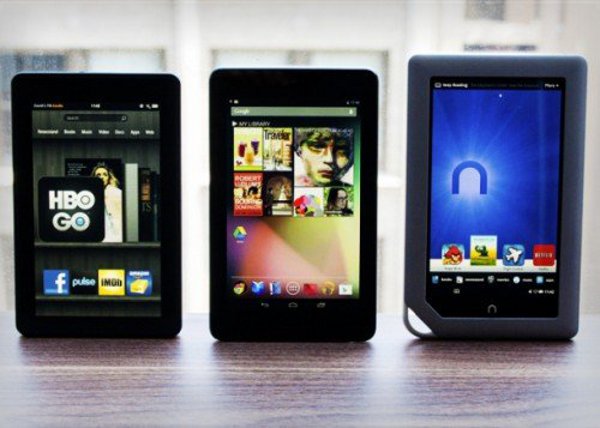