It’s that time again: review time. We don’t always tackle big display smartphones and tablets here at Tablet News, but also accessories sometimes, such as fitness bracelets. One example is the recently tested Xiaomi Mi Band 3, which we detail and analyze after the break. The product is priced at around $28.99 on Gearbest and it’s quite the upgrade from the predecessor, even though it’s not exactly perfect. In the meantime there are also other fine priced product in this campaign here.

Since “sitting is the new smoking”, you may want to get one of these devices in the near future. It may just save your life. The third gen Xiaomi fitness tracker follows the first gen Mi Band, that was priced at $15 and the Mi Band 2 that brought an OLED screen for the first time, as well as a pulse sensor. The third model adds a bigger OLED screen and a more accurate pulse sensor, supposedly. 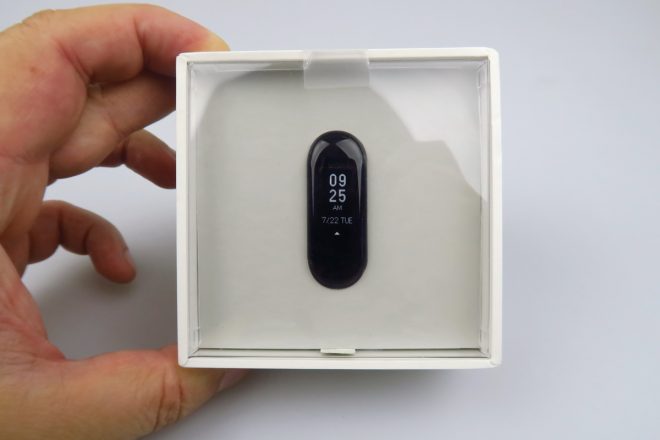 There’s a variety of belts to attach to the Mi Band 3, including ones that imitate the Nike ones, plus a few with cutouts for perspiration and air circulation, transparent ones, pink ones, you name it. The device is rather small and compact and its body is easy to detach from the belt in order to be charged via a special “sleeve” USB cable. The body can withstand being dunked in water up to 50 meters in depth (5 ATM). 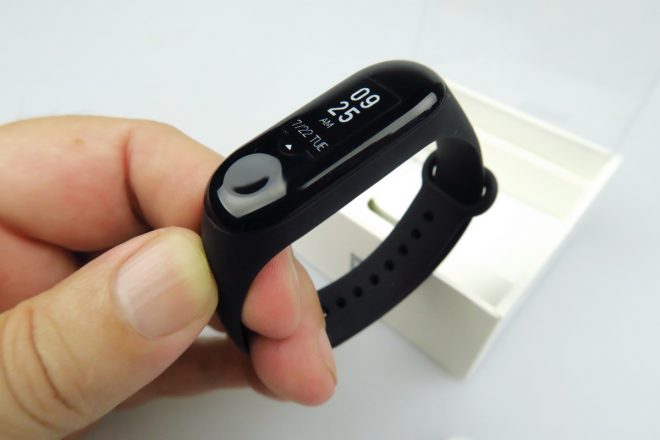 Mi Band 3 weighs 20 grams and packs a 0.78 inch OLED screen, that may be bright at first, but its contrast is not the best in full sunlight. Actually you can’t make out much of the screen when the sun shines. It has a 128 x 80 pixel resolution and this is quite a narrow panel, so you may miss some swipes on it. The body is flat and feels a bit rigid on the wrist, but at least it’s very light, so you’ll forget you’re wearing it.

The silicon belt makes me sweat when jogging, so may want to try a different type of belt. Aside from the screen, there’s also a round touch button below it, that can be used for Back and select purposes. The battery is probably the selling point here, a 110 mAh unit that offered me a week of usage, with no fuss and no stress. It also charges up in just 2 hours. 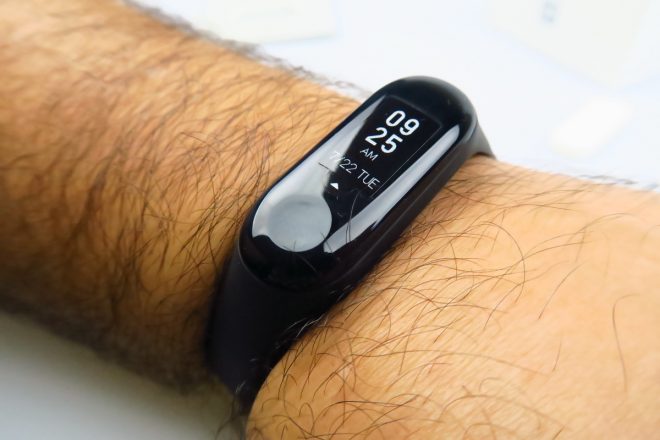 The pulse sensors is reasonably accurate and I found it to work better in darkness than in powerful light. The pedometer sadly is a bit off, since I compared it to my iPhone and a Huawei phone and both were off by about 200 steps each 2000-3000 steps or so. The device has Bluetooth 4.2 to hook up to an iOS or Android device and it lets you reject calls from the wrist and also see about 3 screens worth of messages. 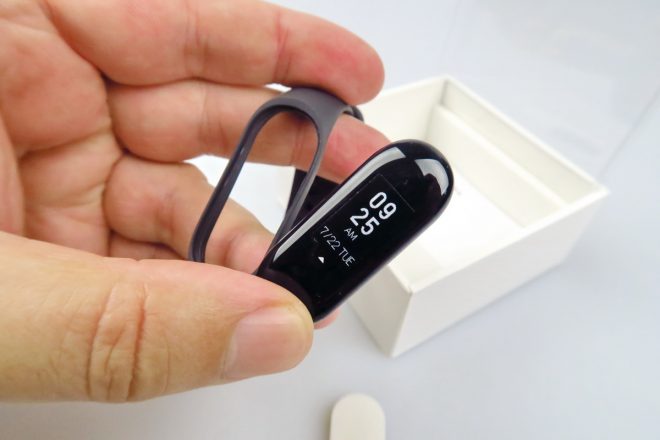 There’s also weather info, notifications, sedentary reminder, calorie consumption, distance info and more. On your smartphone you will use the Mi Fit app that shows graphs of your fitness session, steps, sleep patterns, calories and goals. You can add friends, see how you progressed and even set stuff up depending on custom sports activities. There’s threadmill, jogging, cycling and walking.

The sleep monitoring is just OK, not the best in the world, but to be honest I’ve just used it for a nap, not a full night’s sleep. For $28.99 you get your money’s worth. The only drawback is the not very accurate pedometer and the screen contrast. If you can get past those, you get a solid pulse meter, a comfy bracelet and a fantastic battery life. 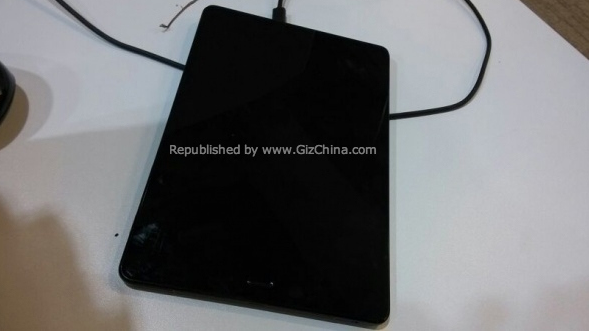