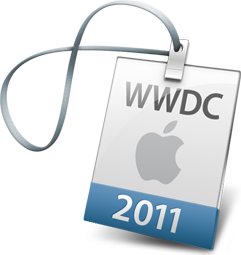 In a couple of hours we’ll partake (virtually) in the unveiling of the next generation of Apple goodies. Sadly, these are only software goodies, unless Steve Jobs wants to shake our weak hearts and unveil a new iPhone today. What we’re sure that we’re going to see day is a combo between Mac OS X Lion, iOS 5 and iCloud. The question is: what else is new?

Rumors say that Apple has been getting licenses for its music streaming service, that might be part of iCloud. John Gruber is claiming that this service could be more than just a MobileMe replacement and become a brand new iTunes actually. Supposedly Apple might also come out with a new Time Capsule, that will back up your Mac data and sync it with the iCloud.

The rumors go on, mentioning Twitter integration in iOS 5, a new system of notifications for this OS and moving on to the desktop, Lion OS is supposed to debut on June 14 via the Mac App Store. Of course, these are all rumors, so don’t take anything for granted. Speech recognition and new widgets end the list of a very likely plethora of new functions to see in the fresh iOS… More on that later on!