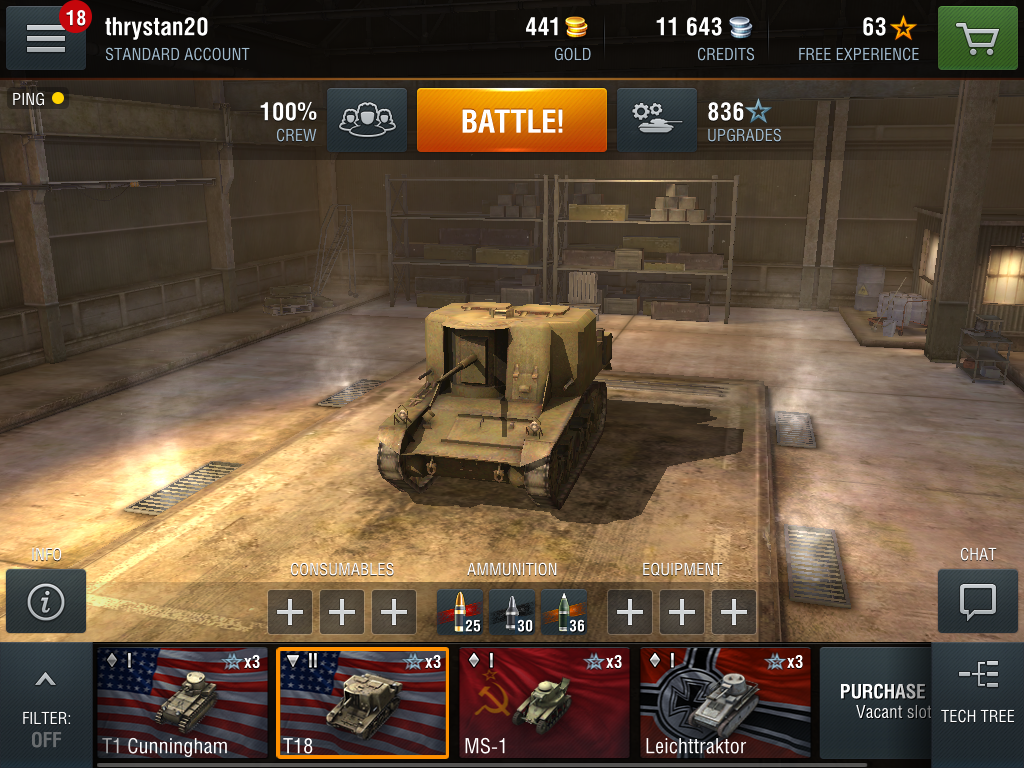 World of Tanks Blitz debuted on iOS this summer and fans of the desktop game were happy to finally see it on their mobile devices. The game is available for free and I tried it out on the iPad Mini, as shown in the video review below. 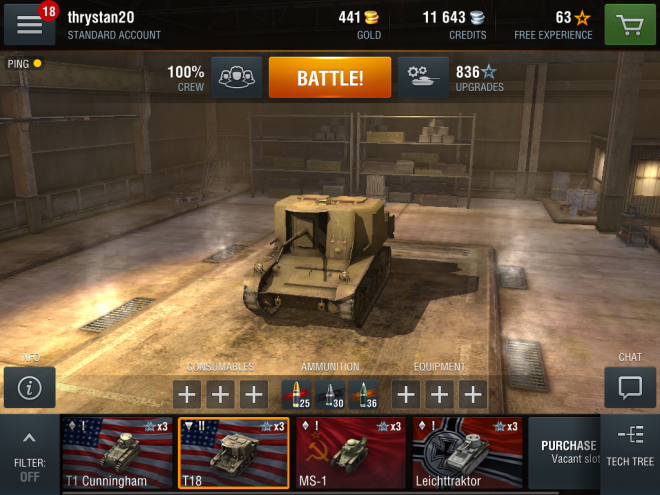 This is not exactly a port of the desktop game, but rather a new experience. You can choose tanks from USA, Russia or Germany and have it out in 7 versus 7 battles. There are 8 maps available, including ones where action happens in snow, desert, forest and other locations. There are 90 tanks to play, including badass Tiger units and massive US tanks from the T series. Panzers are obviously in the mix, as well as a huge tech tree with engine upgrades, track upgrades and more.

Battles take 6 minutes or less and once you’re killed, you can’t respawn, but you can keep watching the fight through the eyes of the other tanks that are alive. Or you can exit and start a new online battle with another tank. Evolution of tanks is slow in this game, unless you’re willing to pay for coin packages, or fully evolved tanks. After each battle you must buy ammo, of varied calibers and you ca also buy boosts and items like a medikit. 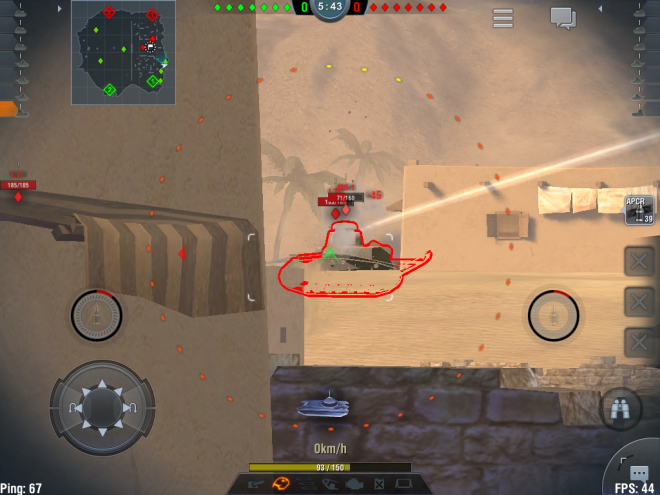 The game is very efficient when it comes to auto matching players and you won’t find yourself fighting against opponents that are too tough. Some of these low level guys are still pretty skilled, though… The battles end in one of two ways: either you capture the base or you kill all enemy tanks. The controls involve a virtual thumb stick on the left side of the screen, used to accelerate, brake or steer and a swiping moves on the right side of the screen to spin the turret. 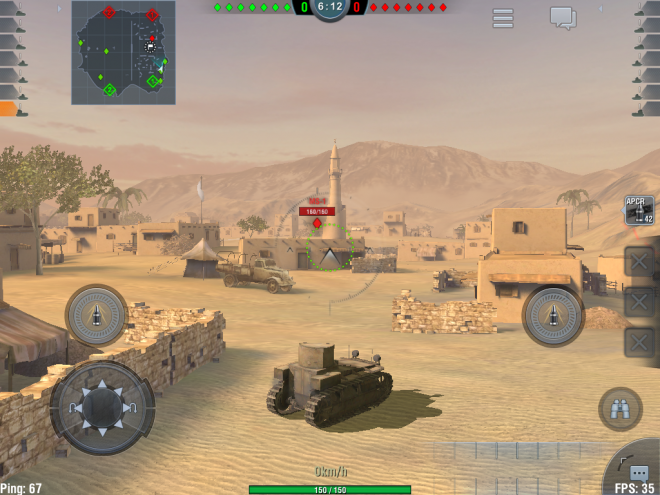 You will mostly rely on experience points for upgrades, rather than cash. Some of the upgrades will greatly increase your tank’s weight, so you also have to take that into account. The touch controls are pretty good and they can also be customized if you want. There’s aim assist activated by default and at first you can only hold 6 tanks in your garage, but you can buy more slots. The graphics are pretty good, but only a smidge above Iron Force, not more.

This is quite fun if you like the genre and World of Tanks Blitz gets from us a 9 out of 10. You can download it here. 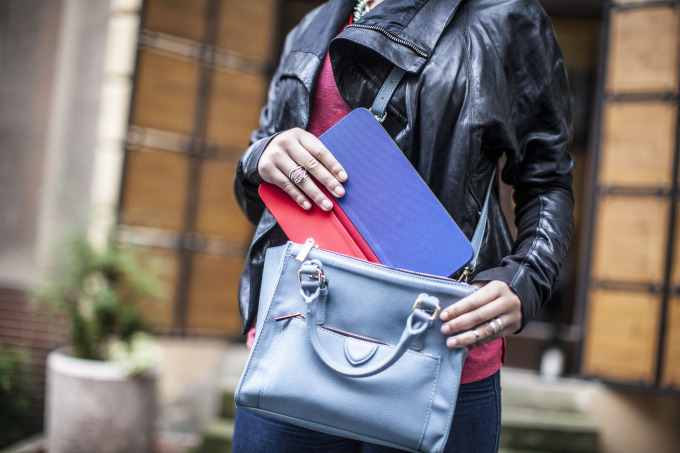