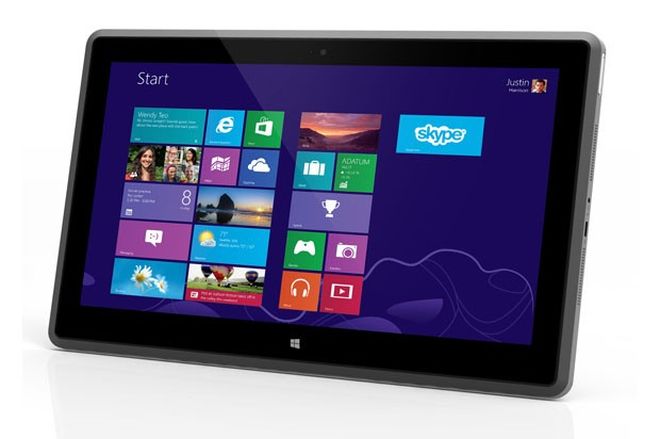 Last year Microsoft announced their new version of the Windows OS along with some of their devices to go with it. As many of you already know, the RT version of Windows 8 runs on ARM based configurations with specific apps.

Vizio’s latest tablet device plans to go beyond the RT business and offers a full Windows 8 experience to run the software usually made for a Windows 8 PC. That isn’t even the best side of the tablet. Vizio Tablet PC packs a Full HD 1080p, 11.6-inch display.

To offer a complete Windows experience, Vizio has based their product on an AMD hardware configuration with a 1GHz AMD Z60 chipset. It is also among the first to offer an AMD config. The tablet runs a pure stock Microsoft Windows 8 version. Other featres include 2GB of RAM, 64GB of SSD storage, a 2 MP front camera and micro-HDMI / micro-USB ports. Pricing and availability have not been announced as of yet.