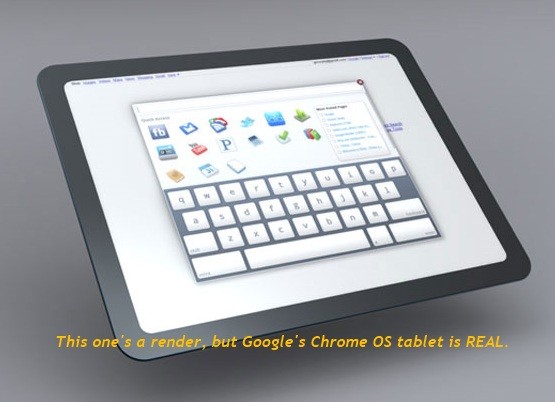 We’ve heard about Verizon preparing for the launch of a Motorola tablet and a Samsung slate was also spotted in its roadmap, but what about a Google Chrome OS device? A mystery source told downloadsquad.com that Google and HTC are building a Chrome OS tablet, one that will be sold by Verizon starting November 26. 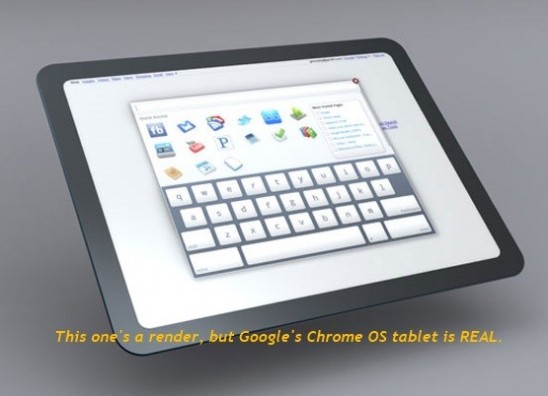 This launch date makes sense, since it’s Black Friday 2010, possibly the busiest shopping day in the States. We expect the new slate to be subsidized and arrive with a decent price tag, enough to make the iPad blush with shame. Should we go as far as to hope for a free tablet on Verizon contract?

Hardware-wise the Google Chrome OS gizmo will be based on NVIDIA’s Tegra 2 platform and it’ll also feature a 1280 x 720 pixel multitouch display, 2GB of RAM, a 32GB SSD and support for WiFi, Bluetooth and 3G connectivity. There’s also a GPS on board, plus a webcam and expandable storage via a multi-card reader.