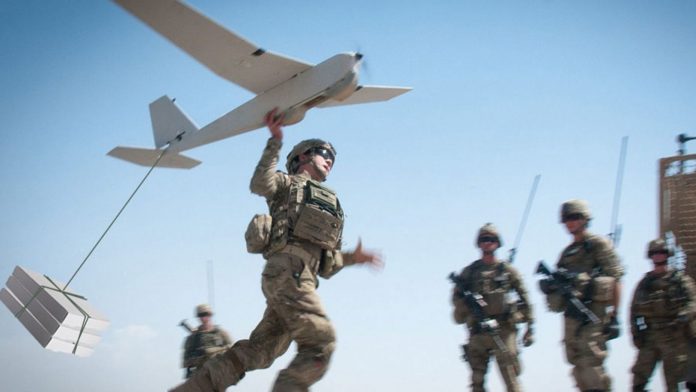 The US Army is ready to receive an upgrade, using a series of Macbook-sized tablets to control drones. They already have AI gear, high res sensors, faster computer processing and the “tablets” that can control multiple drones at a time. There’s also multi drone interoperability.

The tablet we mentioned is developed by the Army and it’s actually the size of a compact laptop. It enables soldiers to control multiple drones on a single system and it’s about to change drone strategy. Sometimes the offensive efforts are coordinated from vehicles or the field, so that’s why a tablet is necessary.

Using the handheld, soldiers can manage flight path, operations and sensor payloads even. All of the gear works via an infrastructural backbone, a new generation one. The Army has been developing this together with MAG Aerospace, which did the engineering for the new controller. The controller is expected to reach formal production next year.

The tablet can operate small drones, like the Micro Air Vehicle, 4 pound Raven and 13 pound Puma. We’ve seen tablets in commercial airplane cockpits, in the operating room and now controlling vital army assets. And that’s in spite of the tablet segment being in a drop point now (even though there are recovery signs). Honestly I expected some VR interaction for army gear, but that’s not here yet.

I’d love to see the specs of those tablets though.

Detachables Are Taking Over The Tablet Market, According to Experts From...