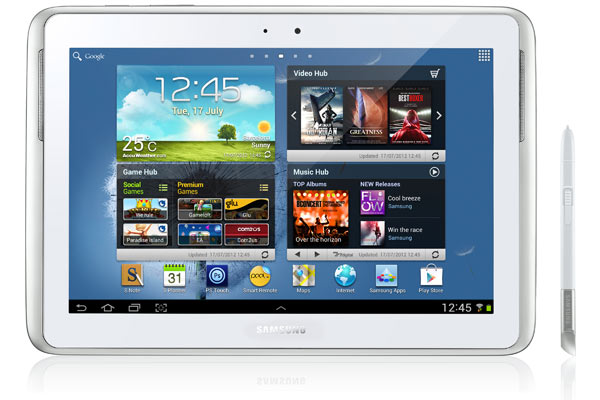 The Samsung Galaxy Note 10.1 debuted in the UK last week and this version apparently comes with many free apps and games specifically enhanced for the S Pen. Aside from the Photoshop Touch that everyone gets on the tablet, there are also about 10 other apps to look into and you can check them out below.

One of them is called Drop the Beat and involves using the S Pen and a circular creation station to create musical rhythm. There’s also a “The Official Top 40 Chart app”, available for free for 8 weeks, plus a Spot the Difference app, a Where is it app and an Easy Phone Sync application. NFS Hot Pursuit is also bundled, as well as the famous Sonic Hedgehog 4 game and an app called You Draw. We’re testing the Galaxy Note 10.1 right now and we’re anxious to see if our model gets updated with these apps as well.

For people who don’t have the apps, it’s recommended that you get them from Google Play or from the Samsung Apps store. In some regions of the world the Galaxy Note 10.1 has already received an OTA update, bringing the firmware to IMM76D.N801UEALH2. This is a 50 MB update, that doesn’t bring Jelly Bean, but it does bring some fixes for bugs, as well as tweaks and enhancements.