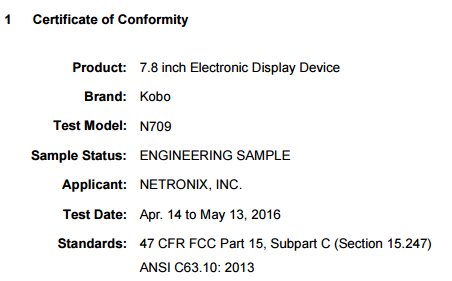 Kobo could be prepping for launch two new eReaders, with a 7.8 inch and 6 inch display on board and at least one of these devices recently showed up at the FCC, described as a “7.8 inch Electronic Display Device”. 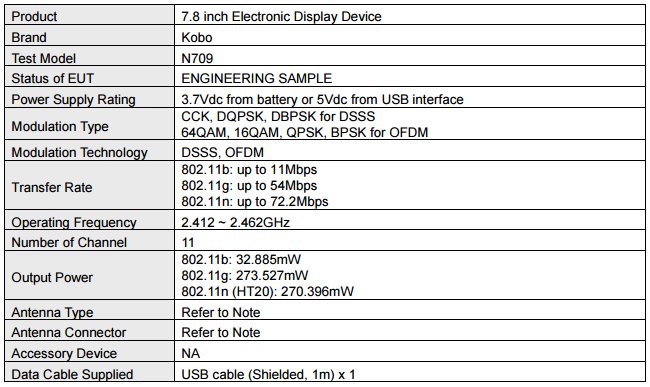 There’s also a 6 incher coming, that will share the specs, but also bring a smaller screen. Sadly, we don’t have many details about the products, other than that we can gather from official documents. Right now Kobo sells 3 types of eBook readers, including the $90 Kobo Touch 2.0 with a 6 inch 800 x 600 pixel display and $130 Kobo Glo HD, with a 6 inch 1448 x 1072 pixel screen. 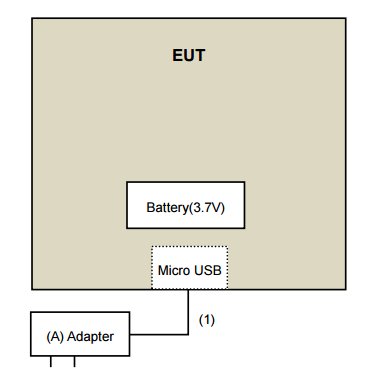 Then there’s the $180 Kobo Aura H20, with a 6.8 inch 1430 x 1080 pixel illuminated touchscreen with a waterproof design. Thus Aura ONE becomes the largest model that Kobo ever made and it even beats the screen sizes of the Amazon Kindle and B&N Nook competitors. All we know is that it comes with WiFi 802.11 b/g/n in 2.4 GHz frequency, a microUSB port for charging and that it’s manufactured by Netronix.

Kobo Nia is a New Amazon Kindle Rival, With Better Specs and No Ads