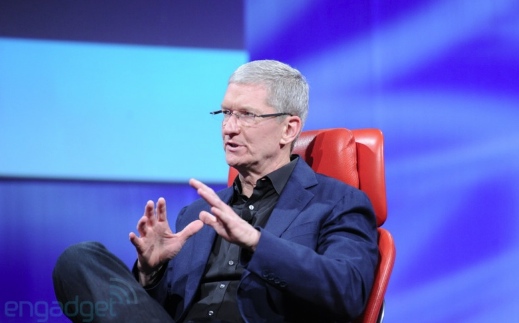 It’s joy to watch the All Things D shows with the special guests and smart questions of the host and the latest edition had Tim Cook, Apple CEO as a guest. After all those complains of Apple critics that they’re not making the iPhone big enough, now Cook tells us why Apple is not making a phablet.

There was a comparison there, during the show that we integrated below with the phasing out of the iPod Mini in favour of the iPod Nano. The host asked why Apple doesn’t do the same with the iPhone and why they don’t launch two different handsets in a year. Well, Tim Cook said that he likes the team to focus the energies in one direction and although he noticed that people are demanding bigger screens, that comes with big tradeoffs.

He claims that a bigger screen means a battery sacrifice and also some tradeoffs in the area of design, longevity of the screen, a certain reflectivity and other compromises that Apple is not willing to make. He feels that the current Retina display is best suited to the user’s needs and certainly dismisses the idea of a phablet and stylus. What do you think? Is he right?