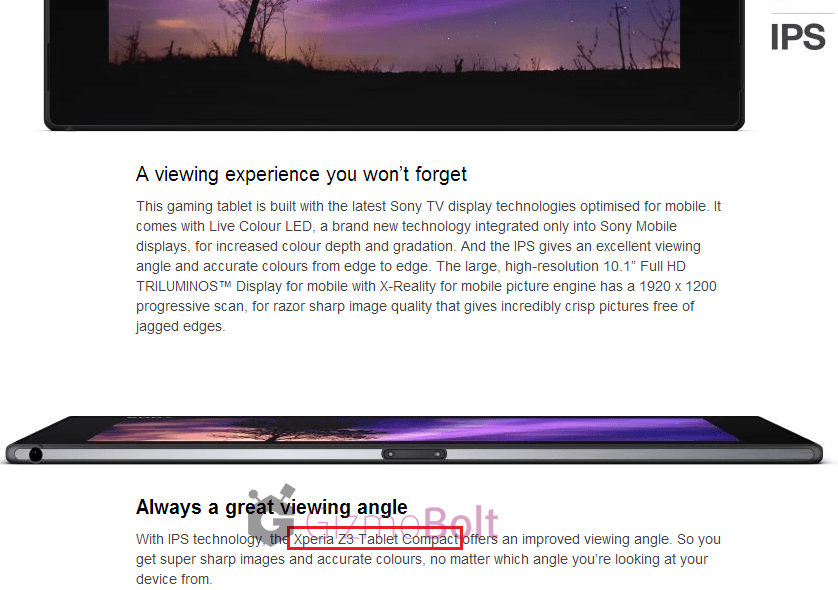 After a few days ago we had the opportunity to take a look on a first photo that revealed among a smartwatch device, a new tablet too, it looks that today, the slate in case called Sony Xperia Z3 Tablet Compact shows up again with the name mentioned in a image uploaded by Sony on its official website. 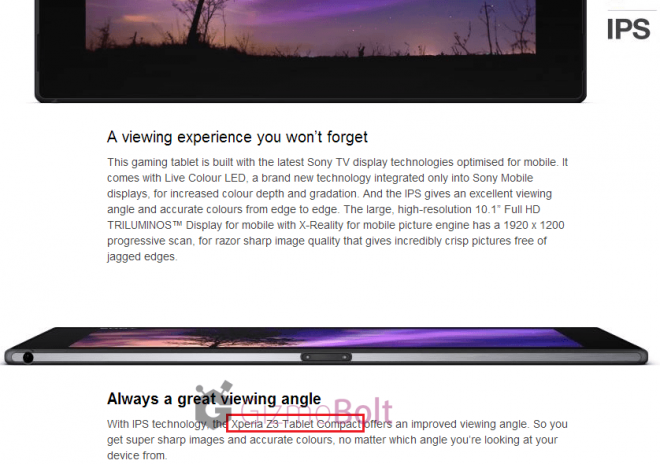 As you can see in the screen capture above, the new tablet is described as coming with a TRILUMINOS IPS display that will offer sharp images and accurate colors, no matter which angle we’ll be using the device, the TRILUMINOS technology being used on a lot of different devices from smartphones to tablets.

Among the specs of this tablet we could get a 8-inch IPS LCD display (1.920 x 1.080 pixels), a quad-core Qualcomm Snapdragon 801 processor clocked at 2.5 GHz, 3 GB of RAM memory, 8 GB space of storage, a microSD card slot, LTE, NFC, Bluetooth 4.0 and a 8-megapixel rear camera with a Sony Exmor RS sensor. This tablet is expected to be officially announced next month at IFA 2014 among other devices. 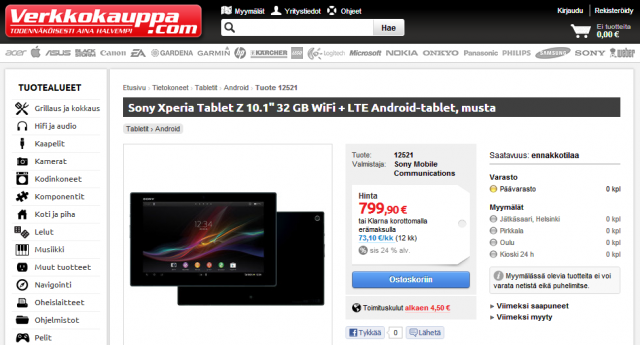