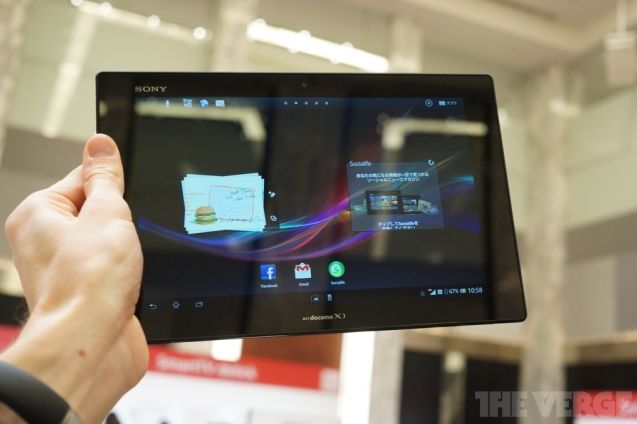 The first Xperia Z device announced was the quad-core smartphone announced during CES  this year. After the official announcement it was rumored that Sony will further expand the line-up with the addition of the Z Tablet. 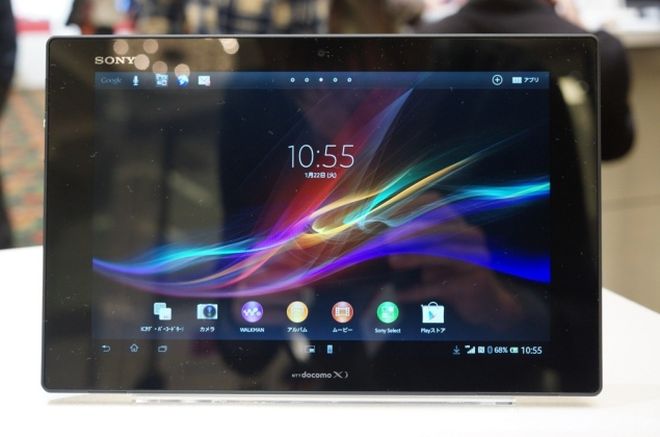 The official announcement regarding the Xperia Tablet Z came from the manufacturer last week. NTT DoCoMo also announced it was going to have the device in its portfolio for the firs quarter line-up. The device now surface in the first hands-on experience showing its new signature power button design – part of the new brand identity items. The device packs a powerful configuration and a very tough outer case. 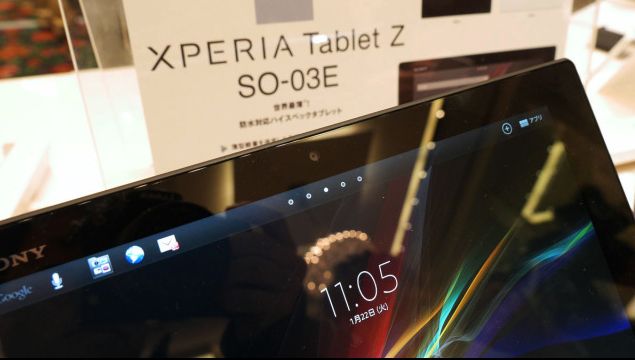 The Sony Xperia Z Tablet is powered by a quad-core Snapdragon S4 Pro configuration clocked at 1.5 Ghz and with 2 GB of RAM. The device offers a Full HD 1920 x 1080 pixels display and is IP57 certified as dust and watter proof. The tablet comes with 32 GB of internal storage and provides a micro SD card slot for expansion. It comes with Android 4.1.2 Jelly Bean though there is a planned upgrade to the latest 4.2 version of the OS.