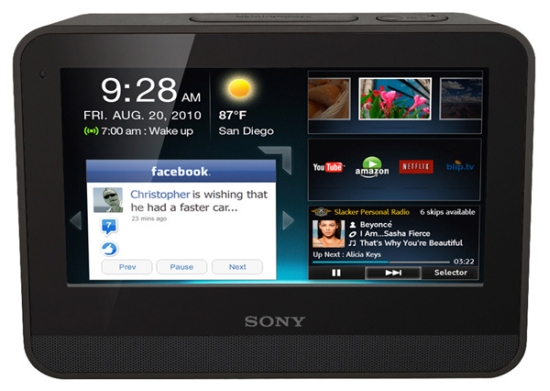 Sony’s also jumping on the tablet wagon, but the product they’ve just unveiled is a tad different from the devices made by Motorola, Samsung, Asus or Dell. The Dash Internet Viewer is a touchscreen WiFi device, that can be used a digital photo frame, but it lacks the portability of a genuine tablet.

It’s got a 7 inch display, it can run Chumby apps (around 1,000 free ones available), since it runs the Chumby OS, plus it supports Sony’s Music and Picture properties for movie trailers, music videos and more. An unit goes for $199 and we also learn that the Dash Internet tablet can be tilted in lots of viewing angles and that it also features an alarm clock function.

Expect the product to ship in April and remember that this device is NOT portable, so there’s no built in battery.

Sony Xperia Tablet S Review: Not Much of a Change, Still...