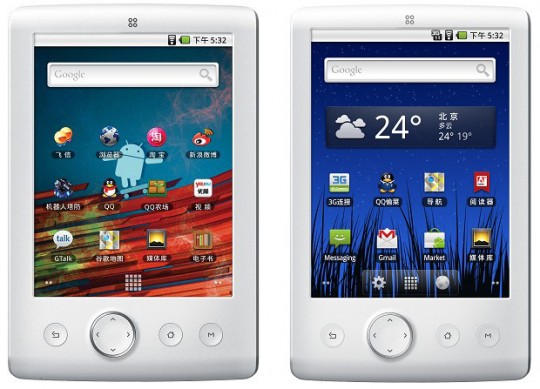 SmartDevices is a company known for its Android tablets and we learn that they’ve just launched two new models: the SmartQ T7 and SmartQ T7-3G. They both run Android 2.1, feature 7 inch touch displays and the latter model also supports 3G connectivity. Both slates support 1080p HD Video and use a 720MHz ARM 11 CPU.

3D hardware graphics acceleration is also on board, together with a 4,700 mAh battery and WiFi. Android Market should be supported on the device, although it’s not 100% yet. SmartQ T7 doesn’t have a price set, yet but we learn that the 3G version will go for $278, in the CDMA EVDO flavour and $292, in the WCDMA version.