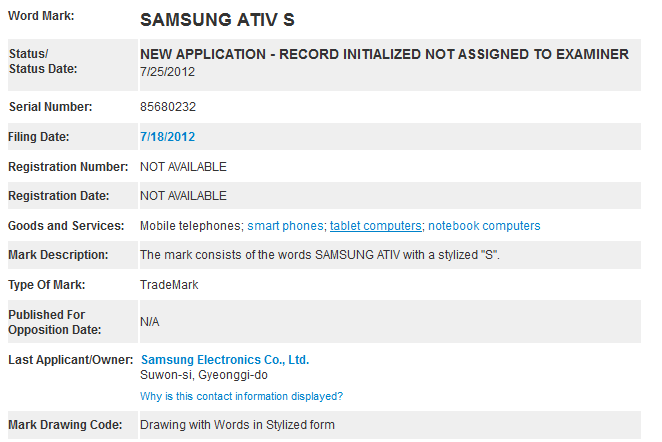 Samsung recently teased a mystery tablet/notebook transforming device running the new version of Microsoft’s operating system. The first picture of the new Windows 8 device was posted on Facebook with the message “Don’t worry, it’s just around the corner”, as we previously informed you. 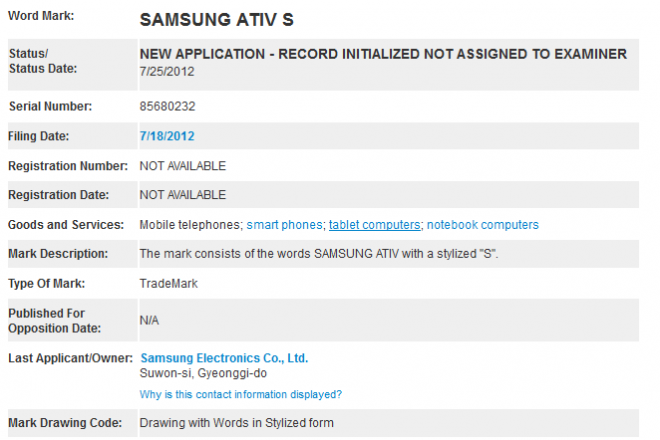 It is expected that the Korean manufacturer might unveil new Windows 8 devices during their Unpacked Event at IFA on the 29th. SamMobile, the usual source for Samsung rumors and news, managed to get a glimpse at a pair of trademarks with the Ativ badge, inconsistent with the Android based Galaxy line-up. The Tab and S naming would suggest that the manufacturer is preparing to release a tablet device as well as a smartphone. Given the fact that they stopped manufacturing devices with their Bada OS and Tinzen is still in its early stages, it could only mean that the new devices will most likely be Windows 8 based. SamMobile claims that indeed both this devices run W8 and both are tablets, with the Ativ Tab code-name GT-P8510.  Wwe should hopefully see the reveal at IFA in Berlin.