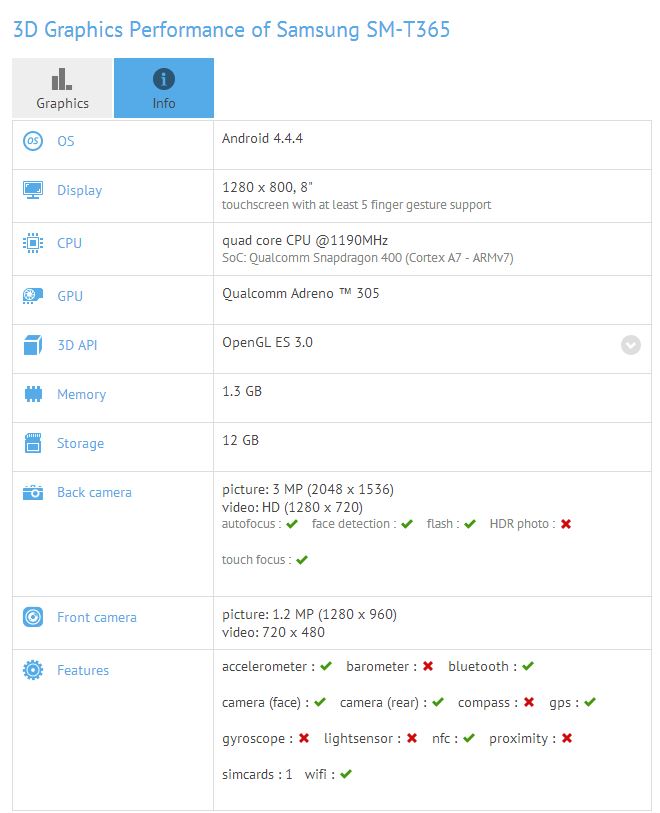 Yet another new Samsung tablet has leaked, this time a model with an 8 inch display codenamed SM-T365. This device was spotted on the Zauba.com website and then it leaked via the GFXBenchmark test.

The Zauba listing says that this model is an 8 inch tablet and the SM-T365 has also been seen on the Samsung Official site in the meantime. According to the GFXBench leak, this device packs an 8 inch 1280 x 800 pixel display, a quad core Snapdragon 400 processor, 1.3 GB of RAM and 12 GB of storage. It runs Android 4.4.4 and features a 3 megapixel back camera, with flash, autofocus and touch focus.

It also has a 1.2 MP front shooter with 480p video capture. I don’t exactly know why, but there’s a slight Galaxy Note 8 part two coming from this model. It’s surprising to see that a year and a half has passed and Samsung hasn’t released a follow-up to that model. Yes, it sold poorly, but still there’s room for improvement, right? 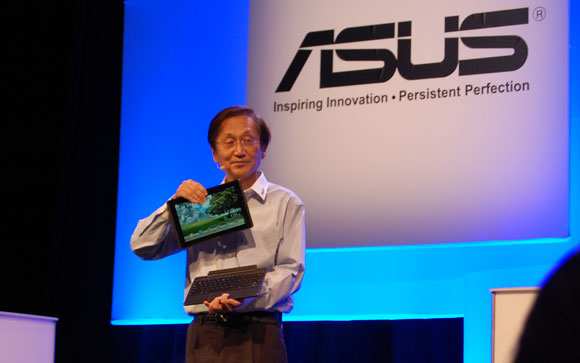