Another Samsung patent has surfaced, concerning the dual display device that the South Koreans have been working on for a while now. You may call it the Samsung Galaxy X or whatever you want, but something is surely brewing. And today we get to see its interface, in full dual screen mode.

The leak happens courtesy of a patent, that reveals elements from the device’s UI. We seem to be dealing with a scenario similar to the ZTE Axon M one, with a dual display machine that can have its screens used in tandem or separately. We see two homescreens used as such or together for a variety of tasks. It also works in landscape mode, by the way. 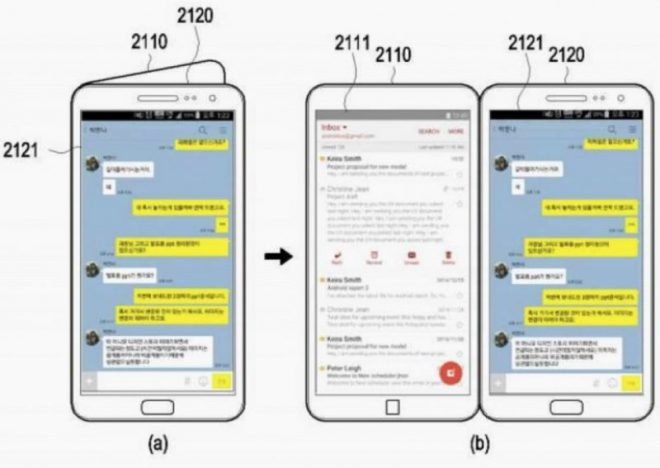 One example shows people chatting on one screen and writing emails on the other. Or working in Excel on one panel and using the other to send an email attachment with an Excel file. Last we heard the flexible/folding Samsung Galaxy X was coming as a limited edition product in 2018, with two screens in the mix. 100.000 units are supposed to be ready for a South Korean debut. 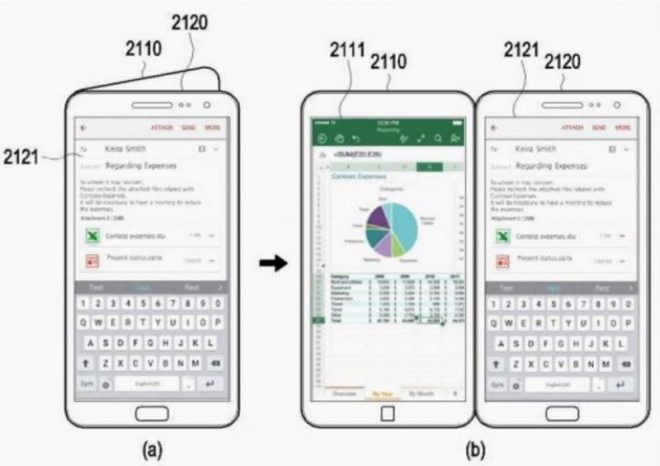 Back to the patent it also shows gaming controls on one panel and the gameplay on the other, making it feel a bit like a Nintendo DS. Or you can read a book and show its cover on the other display, folded at the back of the machine. This all sounds doable, but the device’s format doesn’t exactly feel new. It feels like an older and rectangular Galaxy Note.

The key here will be the hinge and if it’s small and discrete, the device is a hit. If it’s not, well better luck next time. 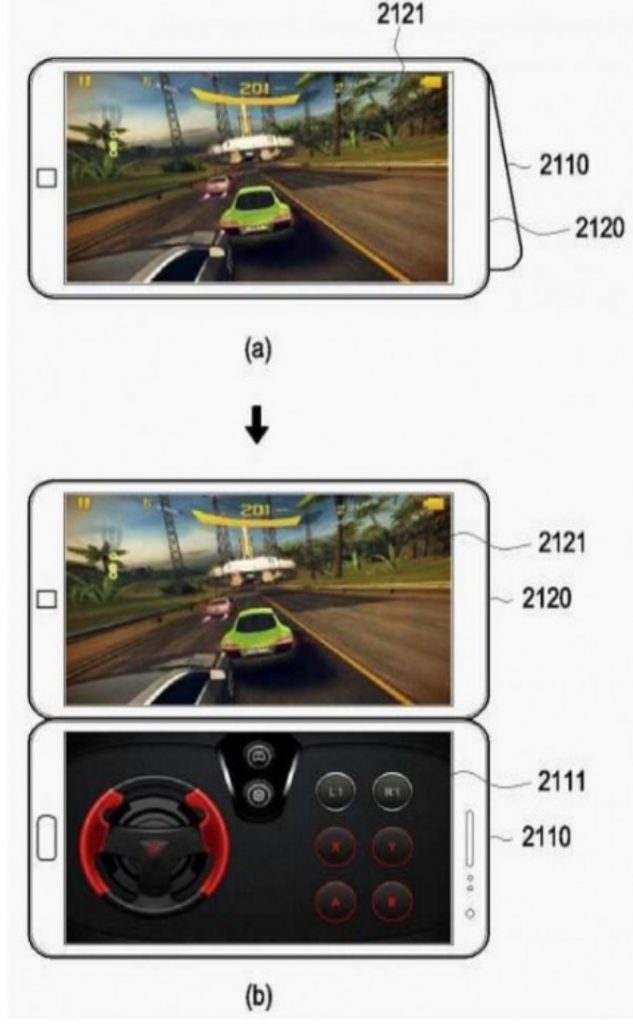