After a ton of leaks and a ton more teasers, the Samsung Galaxy Tab S7 and Galaxy Tab S7+ tablets have become official today. Samsung announced them during the latest Unpacked event, meant to launch the Note 20. All the rumors about the slates have come true and we also have some details about the new stylus below.

The devices are pretty similar design-wise and also the specs aren’t that different. Both have the brand new Snapdragon 865+ CPU and displays with 120 Hz refresh rate. Designs are based on metal unibody approaches. Let’s see what each of them has to offer. 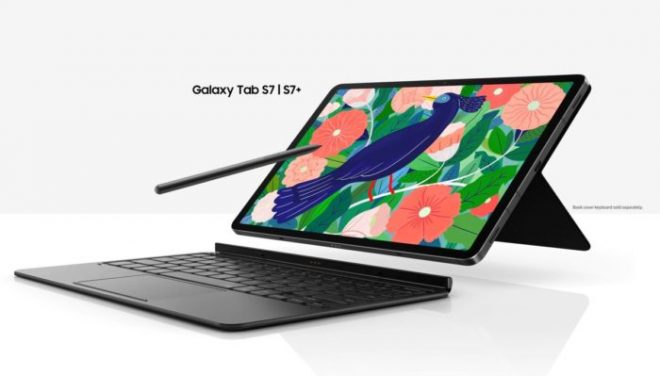 Samsung Galaxy Tab S7 is the smallest model of the duo, with a LTPS TFT 11 inch screen that offers a Full HD resolution and 120 Hz refresh rate. The product weighs 498 grams in the WiFi version and 500 grams in the LTE version. There’s even a 5G model with a 502 gram weight. We also have an 8.2 mm waistline and you can attach a keyboard cover to the device to expand the experience. Other specs include a 13 MP back camera accompanied by a 5 MP ultrawide shooter, plus LED flash. 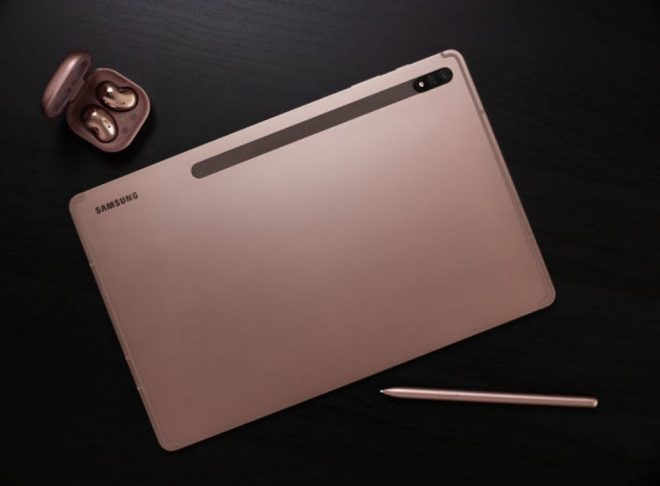 There’s an 8 MP front shooter and then we have the quad speakers with Dolby Atmos and AKG tuning. Available in Mystic Black and Mystic Silver or Mystic Bronze, the device comes in two versions: 6 GB RAM and 128 GB of storage and 8 GB of RAM and 256 GB of storage. There’s also a microSD card slot and connectivity is pretty generous, with USB-C 3.2, 4G, 5G, WiFi 6 and Bluetooth 5.0. We also have a 8000 mAh battery with 45W super fast charging.

The S Pen is also part of the package and attaches to the back side magnetically. It has the same 5 new navigation gestures as the Galaxy Note 20 S Pen. The starting price is $649. 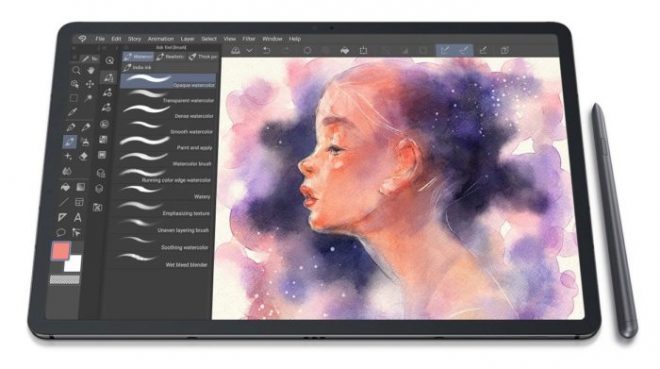 For those looking for a better specced tablet, there’s the Samsung Galaxy Tab S7+, with a superior AMOLED screen, a bigger battery and bigger screen. I had to do a double take when I saw the thickness of the device: a mere 5.7 mm. It also weighs 575 grams, which is pretty decent for a 12.4 incher with a Super AMOLED panel that offers a 2800 x 1752 pixel resolution. Inside we find the Snapdragon 865+ CPU, 6 or 8 GB of RAM and 128 or 256 GB of storage, plus microSD.

The device is available in Mystic Black, Mystic Bronze, Mystic Silver. We also have a dual camera with 13 MP + 5 MP ultrawide shooter, as well as a front 8 MP cam. Quad speakers with AKG and Dolby Atmos is also here, plus WiFi 6, 5G, Bluetooth 5.0 and the S-Pen stylus hooked to the side with a magnet. The battery is clearly the selling point, a gigantic 10.090 mAh unit with 45W super fast charge. The S-Pen has the 5 new navigation and control gestures from the Note 20 and also improved latency (9 ms). 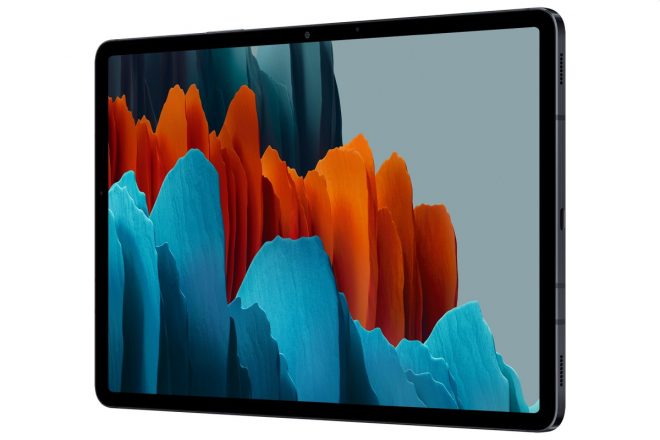