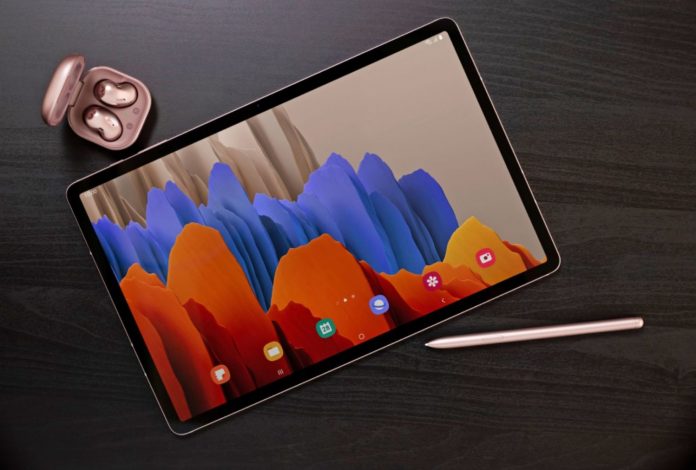 Samsung Galaxy Tab S7 Lite has been long time coming and it has already leaked a bunch of times. Today it reveals its 4 colors, courtesy of a GalaxyClub and Sammobile leak. The device is expected to be a lighter version of the Tab S7 and Tab S7+, as the name itself shows.

The device was leaked at the end of February in GeekBench, revealing the presence of a Snapdragon 750G processor on board. The device was codenamed SM-T736B and it was also rumored at some point to be called Galaxy Tab S8e (e for Enterprise). Anyway, the slate runs on Android 11 with One UI 3.1, it should take a stylus and also has 4 or 6 GB of RAM. The name Tab S7 Lite 5G was even thrown around, showing us that there’s room for 5G connectivity even on midrange slates, an approach still fresh on this market.

Back to the actual scoop, the Tab S7 Lite is expected to drop in 4 colors: black, green, pink and silver. It should come in two storage configs, probably 64 GB and 128 GB or 128 GB and 256 GB. The Tab S7 Lite series will spawn WiFi, 4G and 5G models. Even diagonals could fork out: 11 inch and 12.4 inch versions. A LTPS LCD screen was previously leaked and I for one am expecting an unibody metal case, quad speakers and a very slim waistline. A 10.000 mAh battery would surely be nice to see.

The camera is most likely a single or dual sensor affair, with the second sensor serving either Bokeh or ultrawide duty. Quick side note: Samsung already used the Snapdragon 750G CPU on its Galaxy A42 5G phone.