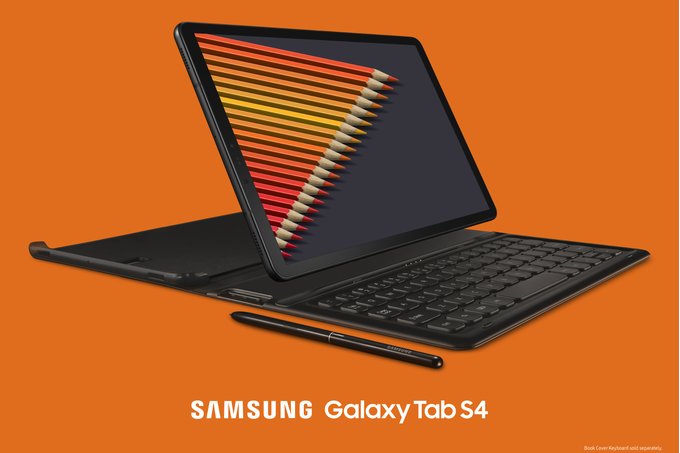 A couple of hours ago Samsung Galaxy Tab S4 was unveiled, with all the specs and renders in official capacity, but no price or release date. Those have come up as people have gotten time for hands on sessions and also uncovered extra details. Let’s check them out.

First things first, the device comes bundled with an S-Pen stylus in the box, offering features that normal slates don’t have. This is by no mean a cheap tablet, since it’s priced at $649.99 for the WiFi only model with 64 GB of storage. You can pay $749.99 for the WiFi only 256 GB model. The prices cover the S Pen, but no trace of a keyboard cover. If you reserve the product on Samsung’s official site you will be able to buy the keyboard cover at half the price, $74.99 in lieu of $149.99.

The LTE version of the device can also preordered in this way, but the price is uknown. I’d estimate at least $800 or so. Reservations can be made till August 10th (before that date actually) and we’re talking about the US release date for the Tab S4 here. After the date passes, you will have 72 hours to complete the pruchase and you will not be charged until you complete it.

The Tab S4 proposes an iris scanner instead of a Home button, a 10.5 inch screen with a Super AMOLED panel and a Snapdragon 835 processor in the mix. It should smoke most Android tablets performance-wise. Be sure to access Samsung’s site to see all the offers for the new device. Yes, I know it’s double the sum of the iPad 2018, but hey you also get the new stylus.