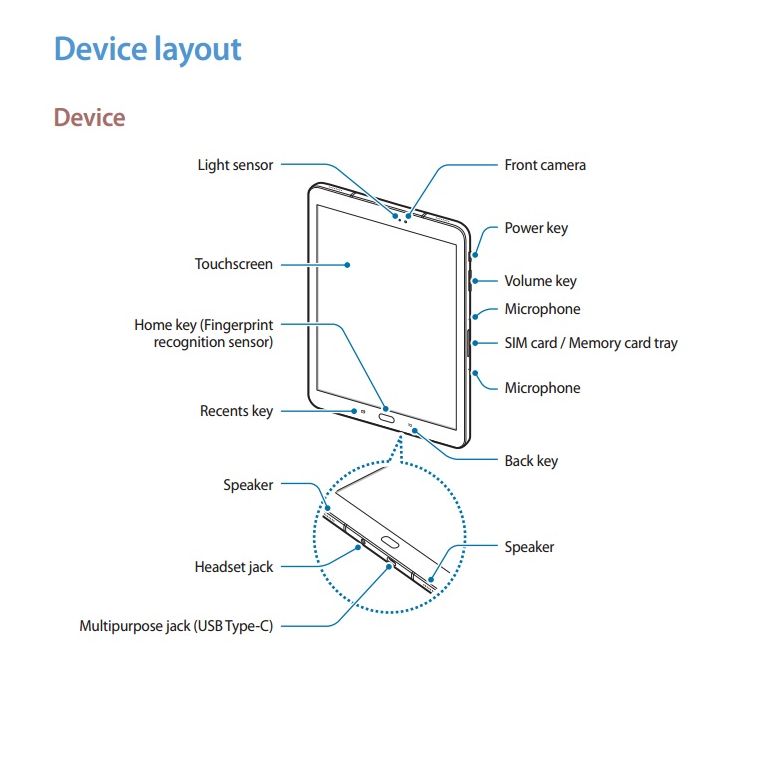 A new stage in the Samsung Galaxy Tab S3 leaks goes on today, as the device’s manual has leaked, complete with diagrams and details about the device. We learn that it will come in WiFi and LTE versions, plus a few extra details. 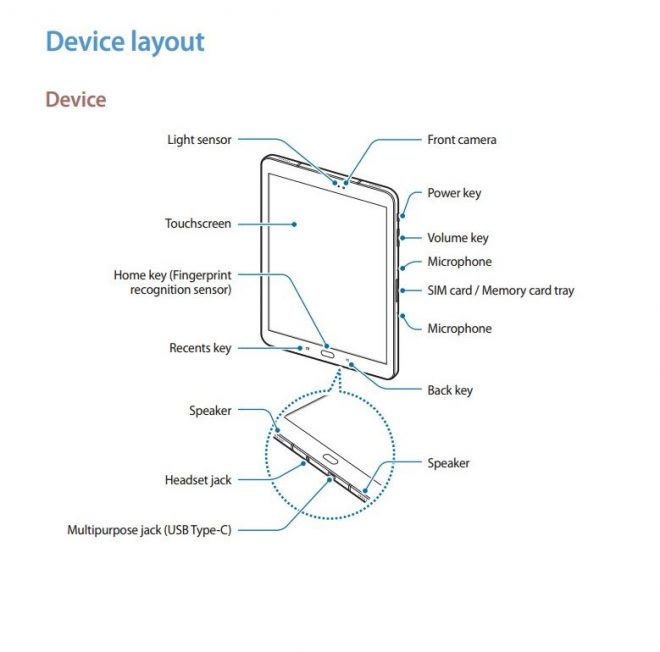 Two models are mentioned, including the SM-T825Y, which is the LTE version, but there’s also a separate WiFi model. The Home button also serves as the fingerprint scanner and there’s a nano SIM card slot available here, plus a microSD card slot and USB Type C port. S Pen also appears in the documents, although as a separate accessory and it doesn’t get its own slot.

The OS is Android 7.0 Nougat and the documents mention fast charging and an LED flash for the battery. Since the S Pen interaction is available, we also get Air Command functionality, with an on screen panel, which lets you translate, write on the screen, perform smart selections and create notes. Drawing, cropping and sharing are also available.

Like the previous gen Note models, you can also write a memo on the screen, even when it’s turned off. Basically, the Tab S3 gets the Note 7 functionality, in a bigger format. The unveiling of the product happens next week in Barcelona, at MWC 2017 and we should also see the TabPro S2 debuting officially, with Windows 10 in tow. 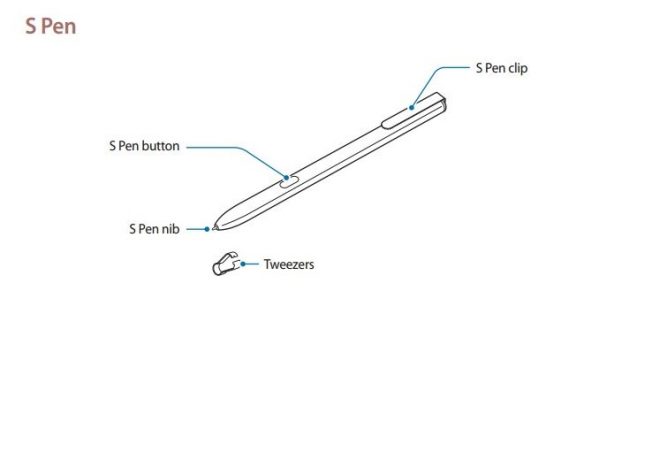 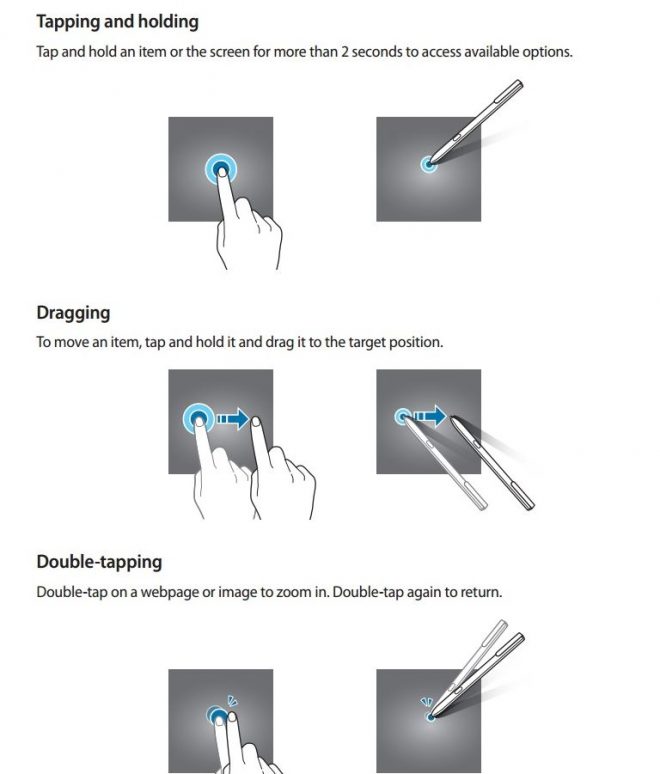 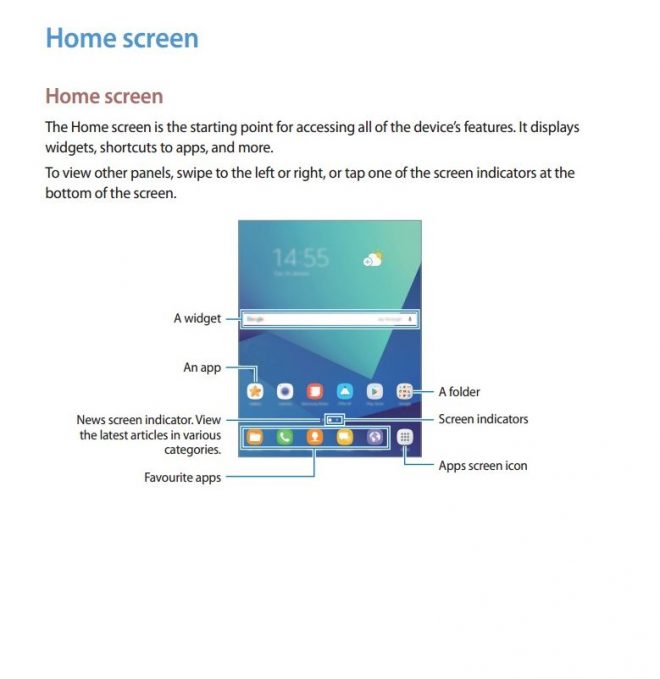 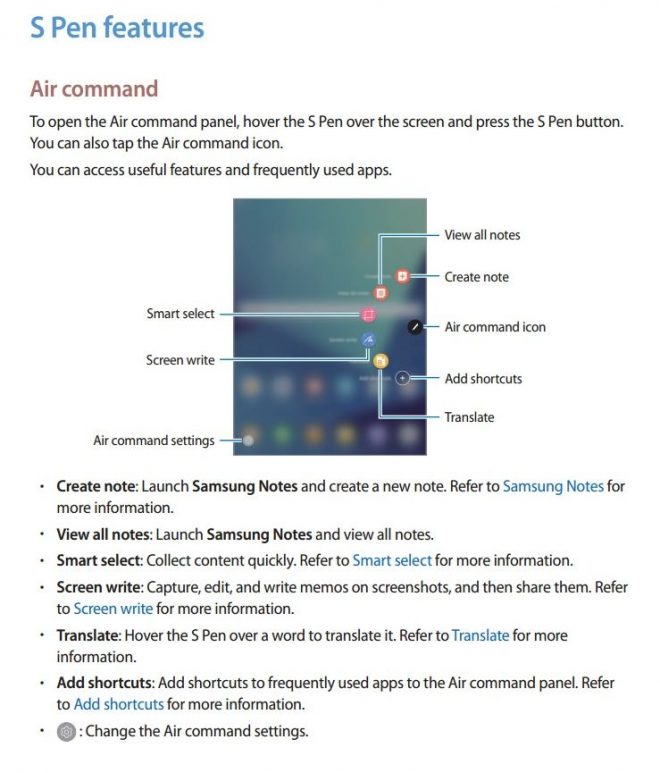