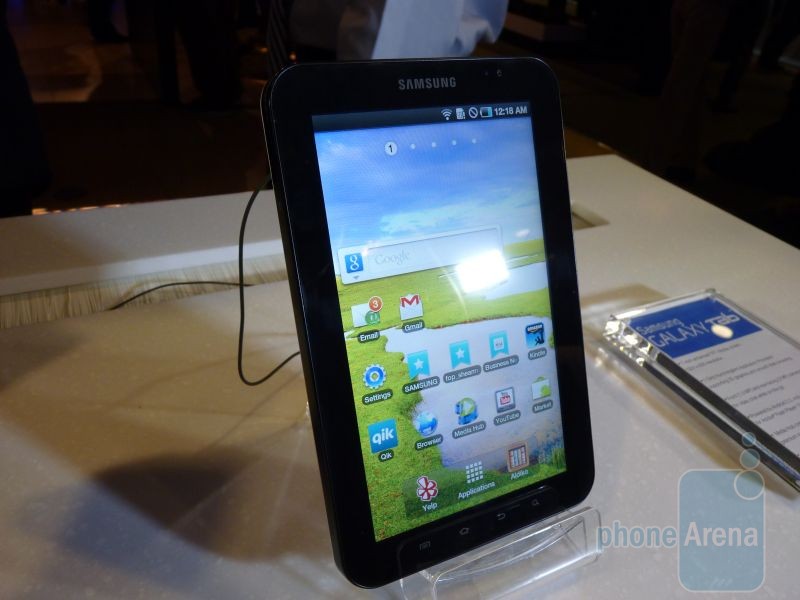 Samsung Galaxy Tab is one of the most talked about tablets in 2010 and it has recently hit the US via a special event hosted by Samsung. This was the perfect opportunity for the folks of Phone Arena to go test the device and tell us how the experience was. After the break, you’ll find out if the Galaxy Tab is worthy of its “iPad killer” title. 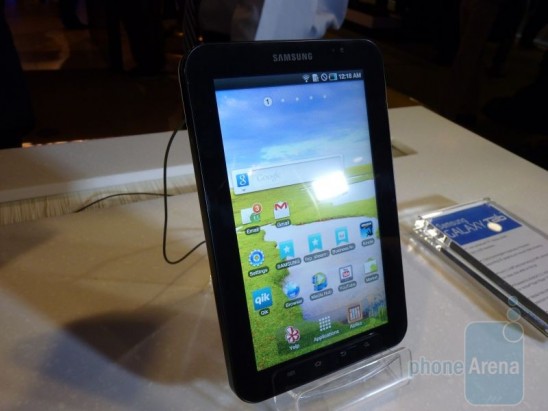 As you might already know, the tablet will hit all four major US carriers, in their 3G versions, with no 4G unit scheduled for Sprint, as speculated. Also, no kind of phone functionality will be provided on the Galaxy Tab, sadly. Moving on to the hands on impressions, the Galaxy slate feels solid in the user’s hand, in spite of using plastic materials. 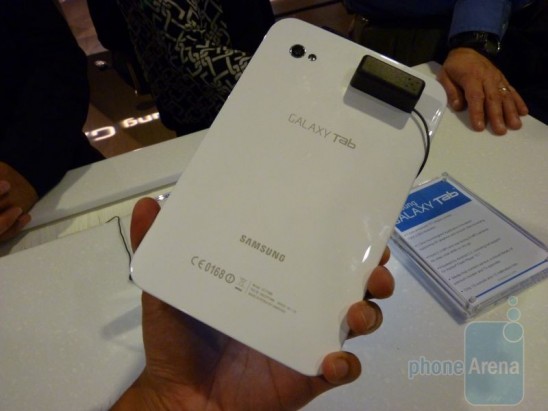 This 7 inch slate is very light and is easily wielded with one hand only. It can even be placed inside a pocket, but not if you wear tight jeans. On the front side there’s a TFT display with a 1024 x 600 pixel resolution, but we would have enjoyed a Super AMOLED more. Well, at least it’s responsive… A 1.3MP camera is also on the front side, accompanied with a 3MP one at the back, complete with LED flash.

Phone Arena also spotted some interesting accessories during Samsung’s showing of the device, like a dash mount, or an 87 key add-on keyboard, but no pricing for those yet. Here’s the video of the hands on in case you’re curious: