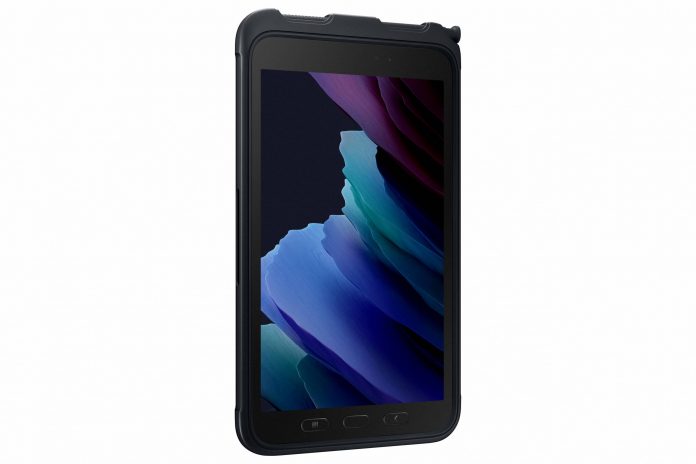 Samsung Galaxy Tab Active 3 packs an 8 inch IPS LCD display with a resolution of 1920 x 1200 pixels, a bump up from the 1280 x 800 pixels of the predecessor. It also has support for touch input even with gloves on. Inside we find the Exynos 9810 processor, which you may find familiar, since it was also present on the Samsung Galaxy S9 phones back in 2018. The tablet will be available in two configurations, 4 GB of RAM and 64 GB of storage, plus 4 GB of RAM and 128 GB of storage.

There’s also a microSD card slot, with support for up to 1 TB extra storage. Galaxy Tab Active3 packs a 13 megapixel camera with autofocus at the back side, plus a 5 megapixel front shooter. It also has productivity features, such as barcode scanning, as well as NFC, face recognition, a fingerprint scanner and more. For example there’s an extra button dubbed the Active Key, which can be programmed to activate the most used apps or Push to Talk. The slate also has WiFi 6, Samsung DeX ARCore and runs on Android 10. 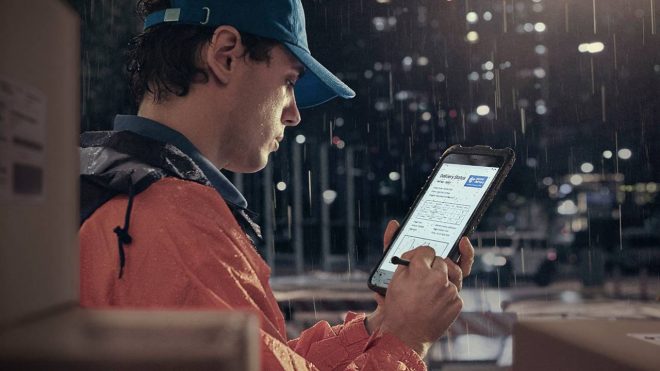 Obviously it’s tough as nails and it’s MIL-STD-810H certified. It uses an IP68 certified S-Pen stored at the top and relies on a 5050 mAh battery, with support for fast charging via USB and POGO pins. There’s also a “No Battery Mode”, letting you use the device plugged in, sans battery. Then there’s Enterprise Edition Knox Suite for secure file management and WiFi 6 MIMO 2X2 for fast connections. 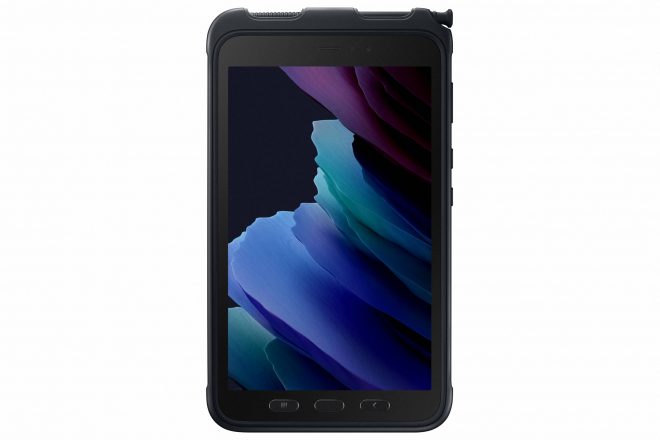