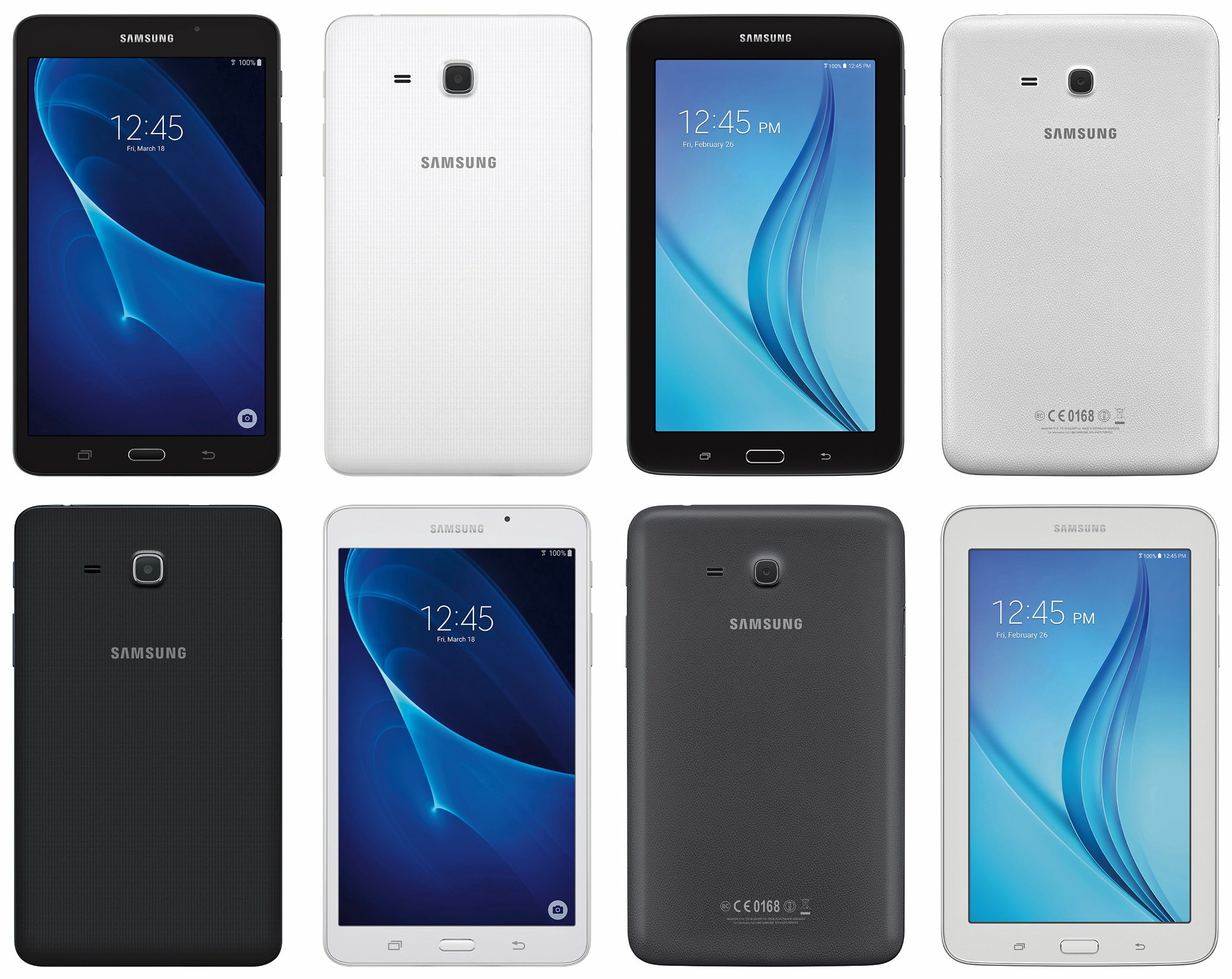 Samsung Galaxy Tab A is already almost one year old, so it’s time for an update of the slate series. A fresh 2016 edition is being readied and those models can be seen below, together with the Tab E 7.0, courtesy of an Evan Blass leak.

Samsung Galaxy Tab A (2016) is the name being thrown around, while the Galaxy Tab E 7.0 was being rumored even before MWC 2016 started. It could also end up as part of a Samsung Galaxy Tab E (2016) series. Expect midrange specs here and the Tab A models will probably keep the 4:3 aspect ratio, while the Tab E is more video-friendly with a 16:10 aspect.

Both series will bring Android 6.0 Marshmallow as stock OS and will feature models with 1 or 2 GB of RAM, 16 GB or 32 GB of storage to start with, modest cameras and HD and Full HD resolution. Galaxy Tab A 9.7 had a kickass battery, so expect the same from its follow-up.